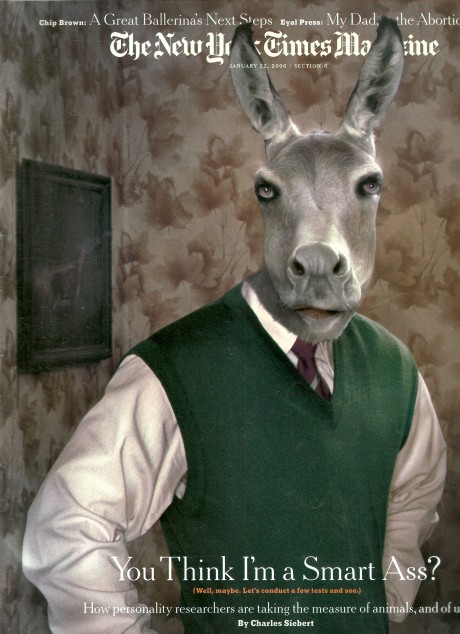 At the end of every year, the Joint United Nations Program on H.I.V./AIDS releases an update on the epidemic. In keeping with tradition, the news for 2005 remained grim: an estimated 4.9 million people were infected with H.I.V. during the year – up from 4.6 million in 2003.

Of course, researchers have made progress in treating patients who already have H.I.V., developing powerful drug cocktails that can stave off disease. But when it comes to preventing the virus’s spread, success is spotty. One of the few effective interventions involves the use of anti-H.I.V. drugs to keep a mother from infecting her baby. And an underappreciated facet to this story has far-reaching implications: both mothers and their uninfected babies receive the drugs.

If anti-H.I.V. drugs can help uninfected babies dodge the virus, might the same approach work for uninfected adults? Could the sexually active take antiretrovirals to avoid contracting H.I.V. in the first place? Intrigued by the prospects, some gay men already have experimented with what’s known as “pre-exposure prophylaxis” or PrEP: a recent survey conducted by the U.S. Centers for Disease Control and Prevention at gay-pride events in four U.S. cities found that 7 percent of those interviewed said they had tried it.

A half-dozen studies are now under way that will determine whether these men are onto something. The trials all focus on tenofovir (marketed under the brand name Viread), a drug that appears safer than the other AIDS medications on the market. Placebo-controlled trials are enrolling 5,000 people on four continents who are in high-risk groups, including gay and bisexual men, sex workers and injecting drug users. All told, the experiments will cost more than $40 million, which is being paid for by the C.D.C. and the National Institutes of Health, as well as the Bill and Melinda Gates Foundation.

Dr. Susan Buchbinder, head of the H.I.V. research section at the San Francisco Department of Public Health, runs one of those trials, known as Project T. Buchbinder says she initially had “big reservations” about the research, because she worried about what psychologists call “behavioral disinhibition”: what if fear of H.I.V. declined in people who took the drug, and they then skipped using condoms or increased their number of sex partners? “It’s scary as an investigator, as a public-health official and as a person who has worked with the community for many years to think about doing something that could paradoxically make the epidemic worse rather than better,” she says.

Buchbinder decided to conduct Project T because tenofovir PrEP had worked well in research monkeys and because she’d heard the anecdotes about underground use, including a cocktail known in street slang as “the 3V’s”: Viread, Viagra and Valium. If the intervention worked, she reasoned, then researchers could confront the problem of behavioral disinhibition head-on with education campaigns, much as they do with condom promotion efforts that simultaneously encourage monogamy or even abstinence. And if tenofovir PrEP fails to stop H.I.V. transmission or causes serious side effects, then people urgently needed that information too. (In part because the prospect of harming a healthy person raises formidable liability issues for Gilead Sciences, tenofovir’s manufacturer, the company says it has no interest in marketing the drug as a prophylaxis, even if trials prove that it works.)

Optimistic mathematical models show that if tenofovir PrEP is effective 90 percent of the time and is used by 90 percent of the people who are at highest risk of becoming infected, it could cut new H.I.V. infections in a community by more than 80 percent in a few years. That is, if behavioral disinhibition does not undo the benefits.

Dr. Marcus Conant, a San Francisco clinician who has specialized in AIDS since the start of the epidemic, has high hopes that tenofovir PrEP will work wonders. Indeed, he already prescribes it to a half-dozen select patients. “With my patients, it’s not even ethical for me to wait for the science,” Conant says. “I can identify those patients who I know are at extremely high risk. Should I wait for the scientific evidence to prove that it doesn’t work before I give it to someone where it may work?”

Even if it works spectacularly well, tenofovir PrEP will not substitute for an AIDS vaccine, the holy grail of prevention research. With a vaccine, a few shots can train an immune system to ward off a disease for decades. But tenofovir PrEP would work only if people take the drug repeatedly. Then again, no AIDS vaccine is on the near horizon. Tenofovir PrEP, in contrast, could prove its worth by 2008.