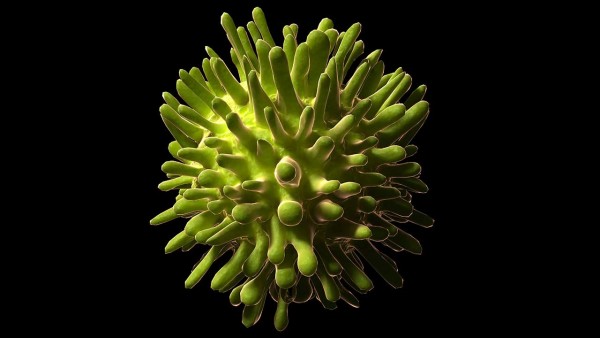 Yet another stunning victory in the drug battle against the liver-damaging hepatitis C virus (HCV) may be in the offing: A small study suggests it may be possible to cure some people of their infections in as few as 3 weeks.

Fresh on the heels of recent approvals of four new combinations of HCV drugs that clear infections of many different types of the virus in about 3 months, a team led by hepatologist George Lau of the Humanity & Healthy GI and Liver Centre in Hong Kong, China, has mixed and matched various compounds to see whether they could further shorten the route to a cure. Following 3 weeks of treatment, 18 HCV infected people given three different combinations of drugs met the standard definition of being cured—at 12 weeks after treatment began, they had no signs of HCV’s genetic material, RNA, in their blood on standard tests. The researchers plan to present this data publicly for the first time at a scientific conference known as The Liver Meeting in 2 weeks.

Until the new HCV drugs emerged, infected people required treatment for 8 months, and the therapies often failed and had severe side effects. Now, standard treatment protocol calls for taking HCV drugs for just 12 weeks. Cutting that treatment time even more dramatically is “really, really intriguing” says Shyam Kottilil, an HCV researcher at the Institute of Human Virology in Baltimore, Maryland. And if the results hold, it could slash the overall treatment cost of $100,000 required by the most popular drugs used for the 12-week treatment. Kottilil’s own study of a 4-week treatment—which tested different drug combinations on a different patient population—had only a 40% cure rate in the 50 participants. (That study is in press at Annals of Internal Medicine.)

Other researchers point out several caveats to the 3-week success, most notably that the 18 people treated had several characteristics of patients who respond well to HCV drugs. “It’s very interesting, but not unexpected,” says David Nelson, a hepatitis researcher at the University of Florida in Gainesville.

Raymond Schinazi, a biochemist from Emory University in Atlanta who collaborated with Lau, acknowledges that this is only a pilot study and needs confirmation in a larger clinical trial. “But when you get 100%, it’s always statistically significant,” says Schinazi, who helped develop one of the new blockbuster HCV drugs, sofosbuvir, that was part of the combinations tried in the new study.

The rapid clearance of HCV from the body seen in the study upends mechanistic models about how treatment cures people of HCV. “Our models did not predict this at all,” says another collaborator, Alan Perelson, a biophysicist at the Los Alamos National Laboratory in New Mexico, who has done key work on how treatment leads to clearance of both HCV and HIV. “There’s some piece of basic science about viral clearance that we’re still missing.”

Until May 2011, the only drugs approved to cure HCV worked by murky and nonspecific antiviral and immune mechanisms, had significant side effects, and failed 40% of the time. Since then, a dozen so-called direct-acting antivirals have come to market—all of which are expensive—and many similar, promising candidates are in development.

The Hong Kong study tested three different triple combinations of the most effective direct-acting antivirals, each of which homes in on different HCV enzymes or proteins important to its replication. Sofosbuvir—created by a small biotech Schinazi started that was bought out by Gilead Sciences of Foster City, California—targets HCV’s RNA polymerase and was the backbone of all three regimens. Widely considered the “first-in-class” in the HCV drug world, sofosbuvir has a relatively high potency, causes few side effects, and is rarely foiled by drug-resistance mutations. (Its initial retail sales price, $1000 per pill, triggered international controversy.) The researchers combined it with either ledipasvir or daclatasvir, which cripple a viral protein known as NS5a. To finish the cocktail, the researchers added one of two HCV protease inhibitors, simeprevir or asunaprevir.

Three different Big Pharma companies make the various drugs, and Schinazi asserts that to protect their markets, they have resisted collaborating with each other. “I want to show these companies that they should have done this study a long time ago themselves,” says Schinazi, who helped pay for the drugs used in the study. “When you put the best drugs together, you get fabulous results.”

To obtain those results, the researchers purposefully went for the lowest hanging fruit—and Hong Kong was an ideal test site. HCV has six different genotypes that, in turn, divide into subtypes. In China, the most prevalent is genotype 1b, which responds more readily to drug treatment than any other genotype: Earlier studies have shown that 8 weeks of sofosbuvir and ledipasvir can cure almost everyone. Large studies have also found that 84% of Chinese HCV patients have a variant of an immune gene (technically known as IL28b cc) that leads to a strong natural attack against the virus, giving them an advantage when treated with effective drugs. “So you’re actually looking at [a] population that not only has the best genotype but the host may be playing a role,” says Mark Sulkowski, director of the viral hepatitis center at the Johns Hopkins University School of Medicine in Baltimore, Maryland.

The investigators stacked the deck in two other ways. As is commonly done in HCV drug clinical trials, they excluded HCV-infected people who have suffered cirrhosis of the liver and thus are harder to cure. What’s more, the study used an unusual study design called response-guided therapy.  In all, 26 people began the treatment and the researchers checked their HCV blood levels after 2 days, selecting 18 people who had the biggest drops in viral loads for the short duration therapy and treating the others for the standard 12 weeks. These 18 participants also had lower HCV viral loads pretreatment.

The University of Florida’s David Nelson says the study “is a great proof of concept,” but he questions how applicable the 3-week treatment scheme will be in the global response. Although genotype 1 accounts for an estimated 46% of all infections worldwide, the majority of Americans have the harder-to-treat 1a subtype. Some 22% of the world has genotype 3, which similarly is more difficult to cure than 1b. Ideally, says Nelson, one standard treatment protocol should work against all genotypes without the need to test initial responses and regardless of cirrhosis status.

Although Sulkowski agrees that ultrashort treatment won’t be a one-size-fits-all, he counters that it may be pragmatic in some settings. “This study really opens a philosophical discussion about how to treat hepatitis C,” Sulkowski says. “Maybe there’s a role for a complicated strategy that shortens therapy.” In the United States, for example, it may make economic sense in some health care systems to pay extra costs to test genotype 1b patients—who make up 25% of the infected population—2 days into therapy and select the responders for the 3-week treatment course. Consider that nearly 180,000 people who receive care from the Veterans Health Administration have tested positive for HCV: Estimates suggest it would cost $12 billion to treat everyone for 12 weeks even at steeply discounted rates for drugs. Shaving off 9 weeks for thousands of people could equal huge savings in drug costs.

Sulkowski says even if the ultrashort therapy scheme does not have a 100% cure rate, it may not pose great risks to patients. As he and others will reveal at The Liver Meeting, a growing body of evidence shows that patients who fail on one therapy often respond if treated again with different drugs. “If I can tell a patient I’m going to treat you for 4 weeks and if you don’t respond I can rescue you with another approach, that’s a reasonable strategy for a country like the U.S.”

Schinazi says combinations of more potent drugs and higher doses of existing ones could reduce the time to cure even further. “I think eventually we could go to 2 weeks,” he says.