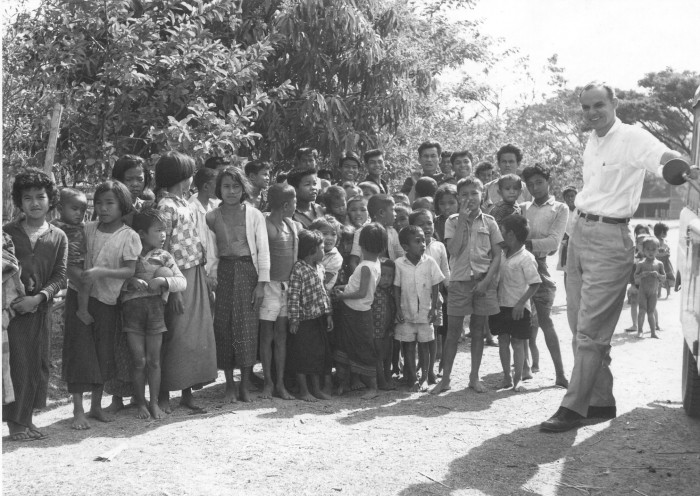 Q&A with Scott Halstead: Zika will subside in ‘5 years, max’

In a 1999 interview published in The Lancet, Scott Halstead said that his greatest regret was not having won the Nobel Prize, his worst habit was yelling a lot, and his favorite ways to relax were “skiing, tennis, and sex (not necessarily in that order).” He was equally unabashed about what he saw as his greatest professional accomplishment: the once-contentious assertion that antibodies against one type of dengue virus could “enhance” a later infection by a different strain, leading to a deadly hemorrhagic fever.

Halstead, now 86, is one of the world’s foremost authorities on viruses spread by mosquitoes, including dengue, Japanese encephalitis, and chikungunya. He continues to be a scientific provocateur, and he has intriguing ideas about the likely fate of Zika as well as the factors that may have converted it from a largely harmless human virus into a major threat to infants.

Halstead began studying mosquito-borne viruses in 1957, when the U.S. Army drafted him soon after he finished medical school. He stayed with the Army until 1965, running a virology lab in Thailand for 5 years. His long career then took him to Yale University, the University of Hawaii, the Rockefeller Foundation (he started the Children’s Vaccine Initiative), Johns Hopkins University, and the Office of Naval Research. Since 1999, home base has been the Uniformed Services University of the Health Sciences in Bethesda, Maryland.

Science caught up with him on 3 March for a late night phone call while he was in Shanghai, China, working with a collaborator there on a dengue project.

Q: Old studies of Zika and yellow fever viruses in African monkey populations found that the viruses would disappear for years and then return. Last year, you published a paper about chikungunya that showed a similar disappearing act in human populations.

A: This virus has been appearing all over the world for centuries and every time it appears everybody thinks it’s a brand new event. When chik[ungunya] showed up in Reunion [in 2005], they thought this was the first time chik[ungunya] had ever come that far from Africa. It’s been doing this every 50 years for as long as Europeans have sailed across the Indian Ocean, and who knows what happened before then. These things just get forgotten.

The physician to the Sultan of Zanzibar made these descriptions of chik[ungunya] back in 1870 and he watched as the virus appeared on the island of Zanzibar and then it crossed the Indian Ocean and created an epidemic across India. In conversations he had with older people living in Zanzibar, he figured out that the epidemic of 1823 had actually gone around the Cape of Good Hope and gone to the Caribbean.

People wonder about how chikungunya escapes from east Africa and travels across the Indian Ocean, but the bigger mystery is: Why is there this 50-year periodicity in Africa?

Q: Do you think Zika might have traveled around similarly unnoticed centuries ago?

A: Not in an obvious way. These trans–Indian Ocean epidemics seem to all be chikungunya because of the profound arthritis that accompanied the disease. This latest biological manifestation of Zika transiting the placenta and affecting the fetus is absolutely brand new. If something like that was occurring in epidemic proportions, believe me, human beings would have noted it down.

Q: What’s the similarity between Zika, chikungunya, and yellow fever that might explain this periodicity?

A: The nature of all these zoonotic diseases is that they involve primates. If you dug into it you’d probably find it has something to do with the weather and the fruiting of trees and the monkey populations really getting to be very big and then you have the huge epizootics. There’s no question that herd immunity in humans must be very important, too, and population size.

Q: Can you give an example?

Chikungunya had become endemic because the Aedes aegypti population was extremely high and the human population was high. When I was in Thailand, the average household size was six. In the 1970s, family planning was introduced and in one generation the population of Thailand shrank to today’s two children per family. Once you eliminate all those extra kids in a family, you’re eliminating a huge percentage of the susceptible population that keeps the virus going.

We can actually measure herd immunity and see when outbreaks stop. The herd immunity [threshold] for dengue for example is about 80%. Chikungunya and Zika probably are about the same, which means when 80% of the at-risk population is immune, transmission is being blocked four out of five times and that one out of five times just is not enough to keep the disease going.

Q: Chikungunya first surfaced in the Caribbean in modern times in 2013. How long do you think it is going to stay around?

A: Five years, max. The only model I have is India. I watched when chikungunya went from Africa to India in 1963 and it disappeared from India in about 5 years.

Q: There’s a big rush to make vaccines against chikungunya and Zika because there’s fear. But for Brazil, for example, by the time there’s a vaccine, you’re suggesting the country’s population may well be largely immune to Zika.

A: Exactly. It’s like Ebola. It will be gone. We’re going to have this Ebola vaccine, which is about 85% done, and it will sit there until the next outbreak.

There are a lot of people running around saying there’s going to be Zika and chikungunya in these new places forever. I just don’t think so. Based on the observations that I’ve made and that anybody can see with their own eyes if they look at the data, this virus is just going to burn itself out. There’s only a need for a vaccine in the acute emergency.

Q: Do you think an antibody enhancementlike feature with Zika is behind the severe disease that’s been linked to microcephaly in babies and Guillain-Barré syndrome in adults?

A: Absolutely. I’m certain of it. I’d bet a lot of money.

In the 1980s Ademola Fagbami from Nigeria came to my lab at the University of Hawaii with Zika virus and we did an experiment, which we published, that showed it can be enhanced in mononuclear phagocytes [a type of immune cell]. We know that it grows in those cells and that antibody can enhance it. Zika is actually genetically fairly close to the dengue viruses, which means a lot of surface proteins on Zika are identical to surface proteins on dengue. It absolutely would not surprise me to find that dengue antibodies enhance Zika infections and that this entire sweep of Zika across the Pacific and into South America has all been promoted and propelled by enhancement.

Q: What are the main unknowns about Zika?

A: Does it grow in primary human monocytes in vitro? If somebody dies can we find the virus in monocytes and macrophages in vivo? Those are the key things.

Q: What might be the mechanism behind Zika virus harming fetuses?

A: I think dengue antibody is complexing with Zika virus and the immune complex is infecting monocytes so you have a much higher amount of virus produced. Maybe above a certain concentration of virus you begin to get virus spilling over into placenta.

Q: When you proposed that antibodies against the four different strains of dengue could enhance the virus you weren’t immediately celebrated for the idea.

A: Let me tell you something, it’s no fun to discover something that nobody wants to hear. I’ve always thought to myself I really discovered something pretty important, but actually it’s kind of horrible: People are making antibodies and killing themselves. Nobody wanted to believe antibody-dependent enhancement. The only problem is it’s true.