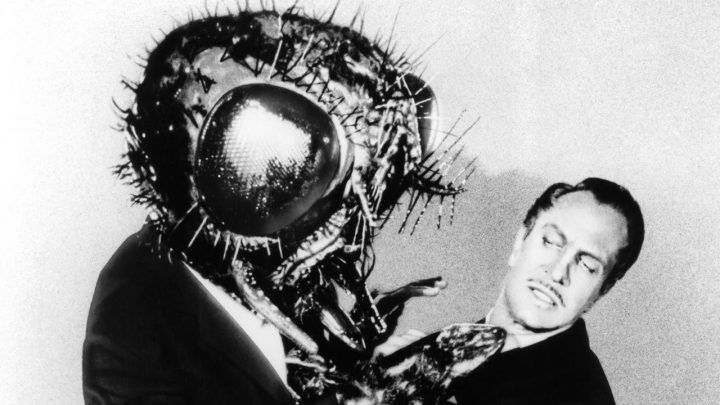 A gory tale behind the origin of ‘Halloween genes’

During the whole of a dull, dark, and soundless day in the autumn of the year, when the clouds hung oppressively low in the heavens and the shades of evening drew on, a sense of insufferable gloom fell on geneticist Michael O’Connor. He was looking at decaying embryos of fruit flies in his lab that had mutations in genes known as disembodiment and ghost, mummyand haunted, shroud and phantom, spook and shadow. There was an iciness, a sinking, a sickening of the heart—an unredeemed dreariness of thought which no goading of the imagination could torture into aught of the sublime, when it came to him with a power that lies beyond our depth. “These are Halloween genes!” he declared, trembling at the realization that he had coined a catchy scientific phrase. And from that shadowy day forward in the late 1990s, so they have been known far and wide.

OK, that’s not exactly what happened, and apologies to Edgar Allan Poe. But O’Connor, who heads the genetics department at the University of Minnesota in Minneapolis did dub disembodiment, ghost, and their creepy, ghoulish kin “Halloween genes.” In what became an iconic image—in his lab at least—one of the postdocs, Marcela Chavez, drew a fly on a witch’s broom. A native Spanish speaker, Chavez remembers cracking everyone up at one lab meeting when a misspelling in her presentation read “Hallowing” genes.

The identification and naming of the genes themselves came out of a massive screen for mutants in the fly embryonic genome that led to the Nobel Prize in 1995. One of the winners, Ed Lewis, was a friend of O’Connor’s. “Ed was a big Halloween person,” O’Connor says. “He’d spend all year making his Halloween costumes.” A fan of Belgian surrealist René Magritte, Lewis would dress as characters from his paintings, including the man in a leopard print caveman garb holding a barbell in Perpetual Motion and the man with a birdcage chest and straw hat in The Therapist.

O’Connor once held a symposium for Lewis that included a costume party. “There were many flies there,” O’Connor says.

O’Connor’s department also had a tradition of dressing up on Halloween and going trick or treating. He never went as a fly, but one year he did go as a mite, what he called those “nasty things” as they can infest Drosophila cultures, rendering as much blood-curdling mayhem as visit by the Grim Reaper himself.

Christiane Nüsslein-Volhard, a fly geneticist at the Max Planck Institute for Developmental Biology in Tübingen, Germany, who shared the Nobel Prize with Lewis, was part of the group that by 1984 had published many of the Halloween genes. She says that her collaborator Gerd Jürgens was “mostly concerned with them” and chose their names. “We did not give the names much thought,” recalls Jürgens, who is with the University of Tübingen. “We had a fairly large number of genes to name.”

The Drosophila field has a tradition of naming genes after the related physical trait. “It gets a little imaginative,” O’Connor says. In the case of the Halloween genes, Nüsslein-Volhard, Jürgens, and their colleagues noticed that mutations in several genes led to embryos that at an early stage of development did not properly form what’s known as a cuticle, the critical structure of the larval body. Under the microscope, they grisly noted “no differentiation of cuticle and head skeleton” (disembodied), “only head skeleton visible” (haunted), and “mouth parts and denticles poorly differentiated” (mummy).

O’Connor says he “stumbled” into disembodied several years after it was discovered when he was, eerily enough, studying how cells moved in the embryo. Working with a group led by insect biochemist Lawrence Gilbert at the University of North Carolina in Chapel Hill, O’Connor’s team worked out the details of how the Halloween genes were enzymes that helped synthesize a hormone, ecdysone, responsible for molting. “It was really quite strange and quite unique in that every experiment we did worked,” says Gilbert, who is 87 and retired. “This was a monumental step in our study of fruit flies.”

As for the phrase “Halloween genes,” “it was a good name and people remembered it,” Gilbert says. “It made us both a little more famous.” And for scientists who spend much of their careers working on something as obscure as embryonic ecdysone synthesis in Drosophila melanogaster, a little bit of fame is a real treat.