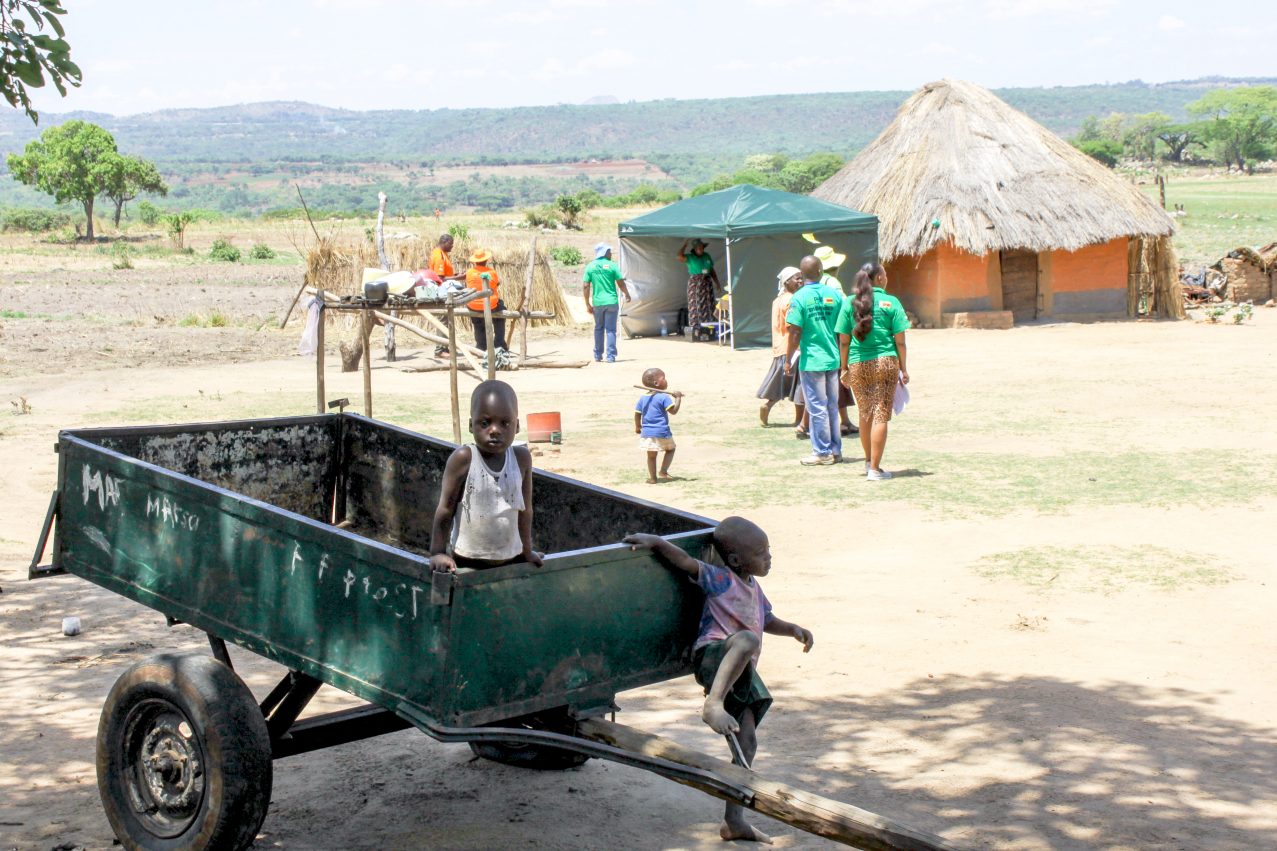 A survey team set up a testing tent to draw blood from a household in rural Zimbabwe. Photo: Jon Cohen

Today is World AIDS Day, and three neighboring countries in southern Africa that have been hard-hit by HIV received remarkably good news.

As part of a massive, first-of-its-kind survey, researchers randomly visited households in Malawi, Zambia, and Zimbabwe and tested about 80,000 people for HIV. In each country, more than 86% of the people receiving antiretroviral treatment had fully suppressed HIV, which means viral levels are so low they are not detectable on standard blood tests. This not only staves off AIDS, but makes it highly unlikely that they will infect others. The rate of new infections has also plummeted by more than 50% in the region since 2003. “We were amazed when we saw this,” says Wafaa El-Sadr, an epidemiologist who heads an international health-strengthening program called ICAP at Columbia University Mailman School of Public Health in New York City, which led the survey. “It’s really a credit to these countries—and they’re not the world’s richest places.”

The three countries since 2004 collectively have received nearly $4 billion from the U.S. President’s Emergency Plan for AIDS Relief (PEPFAR), which gave ICAP $125 million to conduct what are known as population-based HIV impact assessments (PHIAs) in 12 sub-Saharan African countries and Haiti. The aim is to help the countries and PEPFAR better target prevention and treatment efforts. The preliminary findings announced today are the first data reported from these assessments. “It’s pretty doggone amazing,” says Deborah Birx, who heads PEPFAR in Washington, D.C. “This really shows us why it’s so important to get community level survey data.”

Until now, the most authoritative estimates of HIV infection rates, or incidence, and prevalence have come from the Joint United Nations Programme on HIV/AIDS (UNAIDS). Those are based on mathematical models that largely extrapolate from clinics and nonrandomized surveys conducted by countries. The more rigorous PHIA approach “largely confirms” the UNAIDS estimates, says epidemiologist Peter Ghys, who directs strategic information and evaluation there. The most notable exception is PHIA found an incidence of 0.45 in Zimbabwe in 2016, which is almost half the 0.88 reported by UNAIDS in 2015. (PHIA assessed adults between 15 and 64 years of age, whereas UNAIDS estimates are for 15- to 49-year-olds.)

More important, PEPFAR’s Birx notes that PEPFAR’s own data from sites it supports led them to believe that more than 20% of the people who started treatment were not sticking with it. “We were misled at the program level about retention,” Birx says. The PHIA data’s high level of viral suppression—which UNAIDS does not track—suggests that instead, “people were moving from one clinic to another and it looked like they were lost to follow-up.” She says this suggests that people adhere to treatment more than previously thought. “These programs and the people implementing them have done an extraordinary job of working with the community and the individual clients,” Birx says.

PHIA also has regional data that will enable countries to better target interventions in places where they are not working well. “We know which regions have viral suppression and how many positive people were aware of their status, so the countries will now know where to test more people and where they have to achieve better viral suppression,” ICAP’s El-Sadr says. “The level of interest in the ministries of health is profound.”

On a grander scale, the new data show that each of these three countries is approaching the UNAIDS goal to control HIV/AIDS epidemics, which is known as 90-90-90. UNAIDS modeling shows that epidemics will peter out if 90% of infected people know their HIV status, 90% of that group receive antiretrovirals, and 90% on treatment have undetectable viral levels. This translates to 73% of HIV-infected people in a population with undetectable viral levels—including those who don’t know their status and have uncontrolled infections. In the United States, only about 30% of HIV-infected people have achieved this. PHIA found that Malawi already is at 67.6%, Zimbabwe is 60.4%, and Zambia is 59.8%. “We’re getting very close to the number that shuts down epidemics,” Birx says.