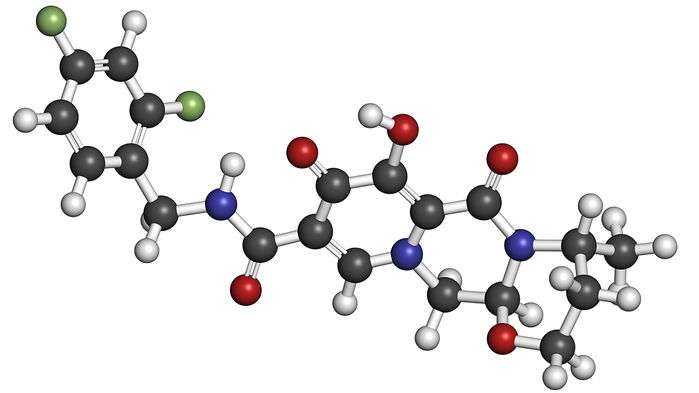 For about $75, the governments in South Africa and Kenya will soon be able to treat an HIV-infected person for 1 year with a pill taken once a day that contains a “best-in-class” combination of three antiretroviral (ARV) drugs. The backbone of the new pill is dolutegravir, a remarkably powerful and safe ARV that inhibits HIV’s integrase enzyme and has been too expensive for most poor and middle-income countries to afford. The annual per-person cost of the new pill, made by generic manufacturers, is also about $25 less than the least expensive similar triple-ARV combo pill on the market. “This is a major breakthrough,” says Michel Sidibé, head of the Joint United Nations Programme on HIV/AIDS (UNAIDS) in Geneva, Switzerland.

The new pill, announced today by Sidibé and others at a press conference connected to the UN General Assembly meeting in New York City, will help speed efforts to offer treatment to all 37 million HIV-infected people in the world, Sidibé says. Currently, only 19.5 million are receiving ARVs. The pill will be offered as a first-line treatment, and the hope is that its excellent “profile”—powerful suppression of HIV, low toxicity, and ease of use—will make it simpler for people to stay on treatment for their lifetimes and reduce the chances of ARV resistance emerging. The other two ARVs in the cocktail are lamivudine and tenofovir, both of which are already in widespread use.

South Africa, which has more HIV-infected people than any country and is the biggest purchaser of ARVs, estimates it will save $900 million over 6 years. The pill “will greatly benefit our patients due to its superior therapeutic qualities,” said Aaron Motsoaledi, South Africa’s minister of Health in Pretoria, who said the country expects to make the first purchase in April 2018. UNAIDS says the intent is eventually to offer this in 92 countries

The new pill, its pricing, and money to purchase it are the result of a collaboration between the South African and Kenyan governments and UNAIDS, the Clinton Health Access Initiative, Unitaid, the Bill & Melinda Gates Foundation, the U.S. Agency for International Development, the United Kingdom’s Department for International Development, and the Global Fund to Fight AIDS, Tuberculosis and Malaria. Sidibé says the introduction of the new pill marks a turning point, with governments, funders, and public health agencies moving beyond pushing for access to treatment and coverage of all infected people to providing the highest-quality medicine in that universal coverage.

UNAIDS is leading the charge to help end the HIV/AIDS epidemic by 2030, which ultimately will require that 86% of infected people be on treatment and suppress the virus in their blood below the level of detection on standard tests. The new combo ultimately will help countries achieve this ambitious goal. “This will probably change the nature of the epidemic,” Sidibé says.