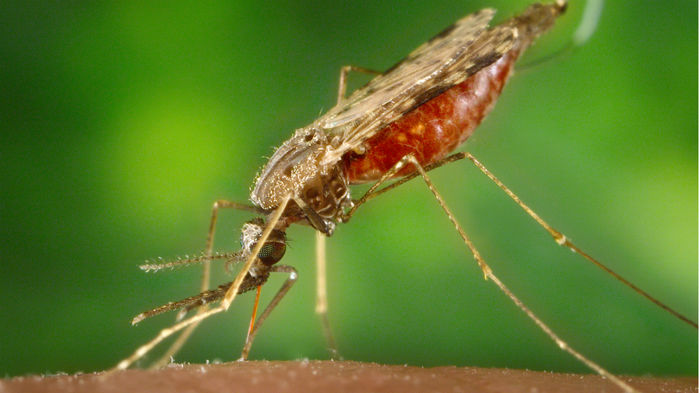 Is there really a covert manipulation of U.N. discussions about regulating gene drives?

It had scandal written all over it. Disclosed emails revealed that a covert coalition lobbying for relaxed regulations around a genetic extinction technology, with help from a well-funded public relations firm, Emerging Ag, was attempting to game the system and manipulate the United Nations Convention on Biological Diversity (CBD). That was the spin in press releases (see here, here, and here) issued last week by several watchdog groups that want a moratorium on research related to gene drives, which could enable bioengineers to increase the odds of passing down genes to offspring. The people in the supposed covert coalition say it’s nothing of the sort, they have no interest in gaming the system, and that their opponents are manipulating the truth. “It’s complete bullshit,” says Todd Kuiken, a synthetic biology researcher at North Carolina State University in Raleigh, who is a central target of the criticisms. “It’s asinine.”

Kuiken is a member of the CBD’s Ad Hoc Technical Expert Group on Synthetic Biology (AHTEG), which met last week in Montreal, Canada. Like other proponents of gene drive research, Kuiken contends that they could help control disease, remove invasive species, and create pest-resistant crops. “They’re trying to slander my name,” he asserts.

A member of the AHTEG who resigned, longtime biosafety activist Edward Hammond of Austin, used the Freedom of Information Act to obtain a trove of Kuiken’s emails. Hammond called the emails “the Gene Drive Files,” which he posted on his website, Prickly Research. The emails disclose that Emerging Ag is working with Kuiken and other AHTEG members to help recruit scientists to an open online forum on synthetic biology meant to inform the CBD. The public relations firm—which the critics note was given $1.6 million by the Bill & Melinda Gates Foundation to “increase awareness, understanding, and acceptance of possible gene drive applications for public good purposes”—also coordinates responses to postings on the online forum that are critical of gene drives. Other emails discuss gene drive research projects funded by the U.S. military’s Defense Advanced Research Projects Agency.

SynBioWatch, a collaboration of several nongovernmental organizations (NGOs) that monitors “next-generation genetic engineering,” posted the Gene Drive Files on its website with a camouflage background, and several of its members weighed in. “There is no transparency about who is influencing decisions about the future of global ecosystems, people’s livelihoods, or our food system,” said Dana Perls of Friends of the Earth in Berkeley, California. Jim Thomas of the Ottawa-based ETC Group said the U.S. military’s substantial funding of gene drive research “raises alarming question about this entire field,” and he called the technology “powerful and dangerous,” warning that it “could have disastrous impacts on peace, food security, and the environment.”

Kuiken notes that anyone can apply to join the online forum. “There’s no way to covertly influence an open online forum,” he says. Yes, he invited gene drive researchers he knows to be part of the forum, but, “So what?” he asks. “The notion that you wouldn’t want scientists to be part of the conversation, I don’t understand it.”

Robert Friedman of the J. Craig Venter Institute in San Diego, California, another AHTEG member who was singled out, similarly bristles at being criticized for encouraging experts to contribute to the online forum, especially given that opponents of gene drives sometimes make “pretty fishy” statements there. “They’re trying to make it sound like things that I think are basically good are nefarious, like there’s a cabal,” he says. Friedman notes that the groups behind the push for a moratorium on gene drives are “extremely well organized” themselves. “A call for a moratorium with signatures from 170 civil society organizations, was this like the virgin birth?” he asks. “Groups of scientists are not that well organized.”

Nature on 5 December published an unsigned editorial that said the “unfair attempt to create damaging and polarizing spin” on the Gene Drive Files could “de-legitimize scientists’ role in the UN talks.” It further dismissed the emails as “mostly mundane discussion about research and meetings” and compared their release to hackers in 2009 stealing files from climate researchers to try to influence a U.N. meeting.

Hammond, in turn, is outraged by the “really nasty” editorial. “I was accused of being a felon,” says Hammond, stressing that he obtained documents legally. What’s more, he thinks the editorial wrongly downplays Emerging Ag’s orchestration of responses in the online forum. “Maybe in business what Emerging Ag is up to is viewed as being normal, but I can tell you absolutely that having the back office constantly assessing everything and sending out pointers saying you need to reply to this and you should say this is not the way this process works,” he says.

Much of the information about Emerging Ag is twisted out of shape, says Isabelle Coche, a Lisbon-based vice president of strategy for the company—which is incorporated in Calgary, Canada, but has satellite employees. For one thing, Emerging Ag did not receive the Gates contract until August. Emerging Ag began organizing scientists to join the online forum long before on behalf of a client it has had for 4 years, Target Malaria, a nonprofit consortium that is funded by Gates to study gene drives to reduce populations of malaria-transmitting mosquitoes. “Lots of people working around gene drives hadn’t been in touch with each other and some didn’t even know what the CBD was,” Coche says. “Quite frankly I don’t see what the accusation is—everybody coordinates. That’s normal. There’s nothing covert.”

Coche stresses that scientists well recognize that gene drives need regulation. “Every product of gene drive research will not be desirable,” she says. “Let’s do the research and let’s be informed.”

Nina Holland of the Corporate Europe Observatory, a Brussels-based group that works to “expose and challenge the privileged access and influence enjoyed by corporations and their lobby groups in EU policymaking,” says it’s important for the public to know how members of the AHTEG group have worked with Emerging Ag—backed with “large funds”—to influence the online forum. “NGOs and concerned groups are organized as well, but they never have these kinds of resources,” Holland says.

The fact that Emerging Ag and Target Malaria ultimately aim to alleviate human suffering does give Holland some pause. “It’s not at all an easy thing to oppose,” she says. But she says that a moratorium on the research is needed so there can be “very, very thorough scrutiny” of a technology that could have “huge” unintended ecological consequences. “A moratorium is only a moratorium until it’s lifted,” she says. “At the moment, this is moving so fast.”

*Clarification 12 December, 1:10 p.m.: An earlier version of this article did not clearly explain that Todd Kuiken supports gene drive research, but not necessarily its use.