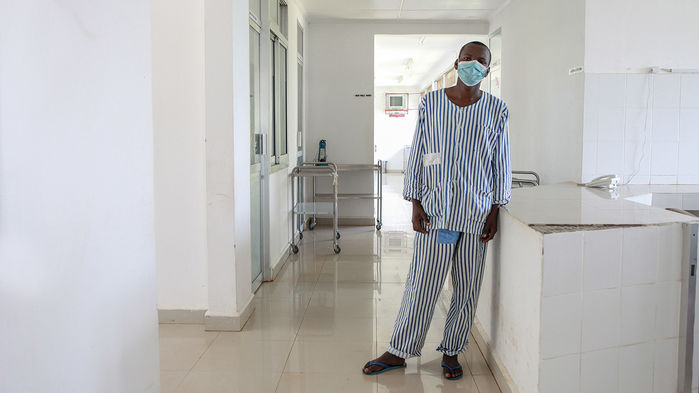 *Update, 15 August, noon: The U.S. Food and Drug Administration (FDA) yesterday approved a new drug, pretomanid, to treat highly drug-resistant tuberculosis (TB). The drug must be used in combination with two drugs already on the market, bedaqualine and linezolid. Extensively drug-resistant TB killed nearly three of four infected people before the approval of bedaqualine in 2012. Early treatment regiments also took 2 years and required painful daily injections of some medicines. Researchers in 2017 first reported astonishing preliminary data—our original story is below—from an ongoing study testing these three drugs together, which are all given as pills, curing most everyone after 6 months. But some TB experts and disease advocacy groups have serious concerns about the FDA approval of pretomanid, as they say it is unclear whether the one drug contributed to the 89% success rate in a relatively small trial (107 patients) of the three-drug cocktail (107) that relied on historic treatment outcomes as the control arm. Other bedaqualine-containing combinations of drugs have had similar success, further making it difficult to assess pretomanid’s contribution. Pretomanid is made by the TB Alliance, a nonprofit based in New York City.

The story below originally appeared on 15 February 2017 with the headline “Simpler, safer treatment hailed as ‘breakthrough’ against drug-resistant TB”:

A new treatment strategy has had as­tonishing success against extensively drug-resistant tuberculosis (XDR TB), which kills more than 70% of patients. XDR and other drug-resistant forms of TB are burgeoning among people with HIV, and current treatments are so pro­longed and toxic that many patients fail to adhere to them. But a small study now shows that a simpler, safer regimen can cure the disease. That “may represent an enormous breakthrough,” says Richard Chaisson, who directs the Johns Hopkins University Cen­ter for Tuberculosis Research in Baltimore, Maryland, and was not involved in the trial.

Called Nix-TB, the trial has had 34 people in South Africa with XDR on three antibiotics that have never been combined before to treat TB: bedaquiline, pretomanid, and linezolid. Bedaquiline, which was designed for TB but has not been used much, came to market in 2012. Pretomanid is also designed for TB but is still experimental. Linezolid is mainly used for skin infections and pneumonia.

After 6 months, the TB bacillus could not be cultured from anyone’s sputum, a sign that they had cleared the infection, Francesca Conradie of the University of the Witwa­tersrand in Johannesburg, South Africa, reported today at the Conference on Retroviruses and Opportunistic Infections in Seattle, Washington. More impressive, 20 people stopped taking the drugs at that point and just one relapsed. “I didn’t in my wild­est dreams expect the results to be this suc­cessful,” Conradie says.

In 2015, the World Health Organization estimates, there were 480,000 new cases of multidrug-resistant (MDR) TB, and 7234 people were treated for XDR TB, which is even more drug resistant. Standard treat­ment takes up to 2.5 years, often requires hospitalization, and includes painful injec­tions. In addition, “The toxicities are al­most worse than the disease,” says Melvin Spigelman, who heads the TB Alliance, a nonprofit in New York City that sponsored the Nix-TB study.

The drugs in Nix-TB are all pills, and they have been used sparingly for TB before, which minimizes the chance that people will be resistant to the combination. Though they also have toxicities, no one withdrew from the study. Early on, however, four people died from advanced TB.

The Nix-TB protocol is tailored for XDR TB, but it could be used for MDR TB if future studies show that lower, less toxic doses of linezolid can work, Spigelman says. “This re­ally gives us a window on how to truly trans­form TB therapy.” Cost remains another big unknown. For example, Janssen Therapeutics of Titusville, New Jersey, which makes beda­quiline, has promised to donate 30,000 doses to poor countries, which also can buy it for $900 for a 6-month course. The same course sells for $30,000 in high-income countries.

It’s unclear how quickly the treatment can be put into widespread use, as pretomanid has not yet been approved. “We’re discussing with regulatory authorities whether Nix-TB is sufficient for approval,” Spigelman says.

Nesri Padayatchi, a TB doctor at the Cen­tre for the AIDS Programme of Research in South Africa in Durban, is enthusiastic about the new findings. But she cautions that be­cause many MDR and XDR TB patients are coinfected with HIV, studies must carefully evaluate interactions between antiretrovirals and the new TB drug combination.