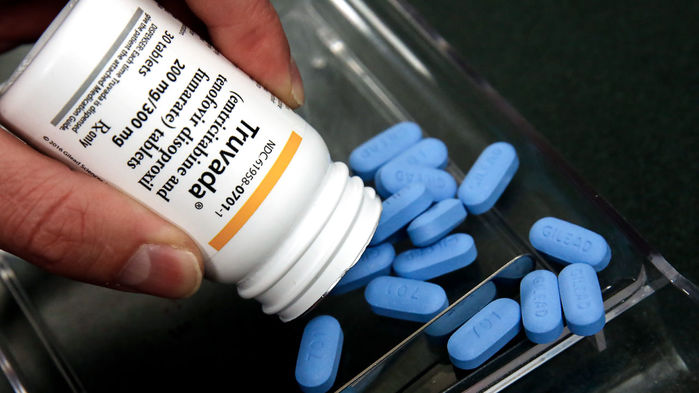 Untangling the Trump administration’s lawsuit over an HIV prevention drug

The United States government routinely sues pharmaceutical companies for making false claims, bilking Medicare, illegal kickbacks, and sloppy manufacturing practices. But on 6 November, the U.S. Department of Justice filed suit against Gilead Sciences Inc. of Foster City, California, for reasons that cannot easily fit on a bumper sticker. At the center of the dispute are monkey studies done by researchers at the U.S. Centers for Disease Control and Prevention (CDC) with a Gilead drug called Truvada, and the drug’s use as part of a highly effective HIV prevention strategy called Pre-exposure Prophylaxis, or PrEP.

Truvada for PrEP has earned Gilead billions of dollars, and the government contends it deserves some of those earnings because it helped develop the intervention. Specifically, the government alleges Gilead failed to obtain licenses to use four patents that CDC obtained on research results related to PrEP. “Gilead has repeatedly refused to obtain a license from CDC to use the patented regimens,” the federal lawsuit states. “Meanwhile, Gilead has profited from research funded by hundreds of millions of taxpayer dollars … but has not paid any royalties to CDC.” The lawsuit contends that “Gilead’s conduct was malicious, wanton, deliberate, consciously wrongful, flagrant, and in bad faith.”

Gilead has rejected the allegations, arguing that each of the four government patents at issue is invalid. The work conducted by CDC researchers was obvious and proposed by others before they even published their experiment, the company argued in petitions sent to the U.S. Patent and Trademark Office (USPTO) earlier this year. It has asked the agency to cancel the patents.

Researchers familiar with the field say CDC researchers did not invent the concept underpinning PrEP —that the same antiretroviral drugs (ARVs) used to treat HIV could, like malarial pills given to travelers, works as preventives. In essence, the key CDC study, which was reported in 2006, suggested a refinement to the PrEP strategy that other researchers had already shown had great promise. But that does not necessarily mean the federal patents are invalid; that is one of the key questions a judge will have to decide.

If the government wins the case, which could take years to wind through the courts, it’s unclear what would happen to any monetary damages collected from the company—but the litigation itself might pressure Gilead to cut the price of the drug. Reducing drug prices in general has become a high priority for both the Trump administration and Democrats in Congress. And Gilead has drawn widespread criticism from HIV/AIDS advocacy groups for its steep pricing of Truvada, which, using list pricing, has an annual cost of $21,388 per patient in the United States. In May, members of Congress grilled Gilead CEO Daniel O’Day about the pricing issue at a hearing with the unsubtle title “HIV Prevention Drug: Billions in Corporate Profits after Millions in Taxpayer Investments.”

Science reviewed the litigation filed by both sides in the dispute and spoke with leading researchers and HIV/AIDS advocates to try to clarify the arguments in this messy and long-running battle. Neither Gilead nor the Department of Health and Human Services representatives would speak with Science about the details.

Why is this issue coming to the fore now?

Even though several studies have shown that PrEP stops HIV by various routes of transmission and can play a critical role in bringing epidemics to a halt, it isn’t widely used. According to he AIDS Vaccine Advocacy Coalition (AVAC), a New York City-based nonprofit that tracks PrEP usage, as of October, fewer than 400,000 people in the world were using PrEP. So, one possibility is that the lawsuit is “a negotiating ploy that’s meant to decrease the price of PrEP and improve access,” suggests Mitchell Warren, head of AVAC.

Although the annual cost of Truvada made by generic drugmakers in several countries outside the United States is $54 a year, Gilead controls the U.S. market—and some contend the high U.S. price is a barrier to access. The PrEP4All Collaboration, an HIV/AIDS activist-led group, launched a #BreakThePatent campaign that has received high-profile media attention. The collaboration has had support from the Global Health Justice Partnership at Yale Law School, which provided an extensive legal analysis in March that concluded “the U.S. government could possibly be entitled to collect money damages.” Representative Alexandria Ocasio-Cortez (D–NY) introduced this analysis at the May congressional hearing. Proving once again that politics make for strange bedfellows, the Department of Justice noted when it filed suit against Gilead that the issue also meshes with President Donald Trump’s “Ending the AIDS Epidemic: A Plan for America,” which he announced at this year’s State of the Union address.

The idea for PrEP grew out of attempts to prevent transmission of the AIDS virus from a pregnant, infected mother to her baby.

In 1992, monkey researchers from the University of California, Davis (UC Davis) led by Koen Van Rompay published a study in Antimicrobial Agents and Chemotherapy that gave infant animals AZT, the first marketed anti-HIV drug, 2 hours before they intentionally attempted to infect them with SIV, a simian version of the AIDS virus. The study, which only protected two monkeys, received little attention.

Two years later, a landmark human study established that if given both to the infected mother during pregnancy and the infant at birth, AZT could prevent mother-to-child transmission. Then in 1995, Science (17 November, p. 1121 and p. 1197) published a monkey study that turned many heads: A group led by researchers at the University of Washington in Seattle gave 25 animals an antiretroviral called PMPA both shortly before and after injecting them with SIV. The drug protected all animals.

PMPA is also known as tenofovir, and is one of two drugs in Truvada. The closing line of the paper noted that, as was becoming clear with ARV treatment, the drug might work even better if combined with other antiretrovirals.

Van Rompay, who published several more PMPA monkey PrEP experiments over the subsequent decade, says he was surprised that CDC won patents for its later Truvada studies.  “I don’t think they have enough evidence to argue they discovered something novel,” van Rompay says. “They just added a second drug.”

What led USPTO to issue the patents based on the CDC work?

In 2005, the CDC group reported that daily tenofovir alone protected animals when “challenged” with a rectal dose of SHIV (an SIV/HIV hybrid) once a week, but this only worked for 5 weeks and was deemed “partial protection.” The researchers the next year reported that if they repeated the experiment but added a second Gilead drug called FTC—the second ingredient in Truvada—monkeys were still protected after 14 challenges. “As a result of CDC’s breakthrough, two human PrEP trials already underway changed their drug regimens to match CDC’s new PrEP regimens,” the U.S. government lawsuit notes. The complaint also contends that “no one in the field” expected that tenofovir combined with FTC or any other drug would have such “superior effectiveness.”

In patent-speak, if something is “obvious” to a “person of ordinary skill in the art” then it doesn’t deserve a patent. Gilead has two main arguments that Truvada for PrEP was an obvious invention. One is that after Truvada received approval from the U.S. Food and Drug Administration (FDA) in 2004 as a treatment for HIV infection, CDC guidelines endorsed it for PrEP’s close cousin, post-exposure prophylaxis, or PEP. (PEP, which must be used within 3 days, primarily is advocated in emergency situations such as sexual assault, or when a healthcare worker has an accidental needlestick at work.) Gilead’s second argument is that two California HIV/AIDS organizations, jointly known as Cal-PrEP, published a report in 2004 that advocated using Truvada for PrEP. One of the co-founders of Cal-PrEP, psychologist Thomas Coates, who heads the Global Health Institute at the University of California, Los Angeles, provided a declaration to Gilead’s lawyers that left no doubt on this point. “At the time Cal-PrEP was published in November 2004, I had every expectation that both Truvada and [tenofovir] would be effective for use as PrEP,” stated Coates, who told Science he was not compensated by Gilead for providing his declaration. “I expected that Truvada would have somewhat better efficacy.”

How much better is Truvada than tenofovir alone?

The U.S. government’s patents revolve around the assertion that Truvada is better than tenofovir alone, but the data on this point are unclear. The researchers who conducted the first CDC monkey study noted that the partial protection may have been linked to variable levels of the drug in the animals (which was fed to them in their food). Van Rompay, who was a reviewer of the published paper that described the work, says he questioned whether infections occurred in animals who did not eat all the drug. “I often did similar studies and the taste was really bad,” says van Rompay. CDC’s Truvada study better accounted for drug levels in the monkeys. No monkey experiment ever did a convincing head-to-head comparison of tenofovir and Truvada, he notes. And he points to a large human study in Kenya and Uganda that did do such a comparison in heterosexual couples (one partner was infected at the outset), which found that both preparations offered significant and statistically indistinguishable levels of protection. A separate study of tenofovir PrEP in people who inject drugs in Thailand also showed that it significantly reduced the risk of HIV infection.

What do official PrEP guidelines say?

What did Gilead contribute to the development of PrEP?

O’Day told Congress that Gilead had invested $1.1 billion in the R&D for Truvada, but said it did not make sense to separate out how much of that went to treatment versus PrEP, as there was so much overlap in everything from preclinical work to human trials. The U.S. government suit contends that Gilead had a hands-off approach to clinical trials of PrEP and only provided drugs for the CDC studies. Science reported in 2005 (12 August, p. 1002) that Gilead said it had “no interest in pursuing PrEP because of fears that uninfected people who take tenofovir and still become infected might sue the company.”

If the lawsuit does ultimately drive down Truvada’s price, how much impact will that likely have on usage in the United States?

An estimated 1.1 million Americans are at high risk of becoming infected with HIV and qualify for PrEP, but AVAC estimates only about 135,000 at most now use it. It’s difficult to assess how much pricing has affected usage to date—and will affect it in the future.

A few days before the congressional hearing in May, Gilead announced that it would donate to CDC enough Truvada to treat up to 200,000 Americans for 11 years. In 2020, it also will allow one generic manufacturer to sell the drug in the United States—a year earlier than required by patent law. Although some HIV/AIDS advocates suspect that change won’t have a major impact on pricing and want Gilead to allow as much generic competition as possible, they say Truvada PrEP’s price tag undoubtedly will drop.

Further complicating the picture, FDA last month approved a new Gilead drug for PrEP, Descovy, that putatively has an improved version of tenofovir. The company has not announced plans to give away Descovy or allow its generic manufacture in the United States. The U.S. government lawsuit claims that the sale of Descovy for PrEP also infringes its patents.

Warren says in the end, price matters but PrEP usage faces larger obstacles such as health systems scaling up programs to encourage its proper use. “If price was out of the equation,” he says, “it would take one of many barriers away, but it wouldn’t magically increase uptake.”