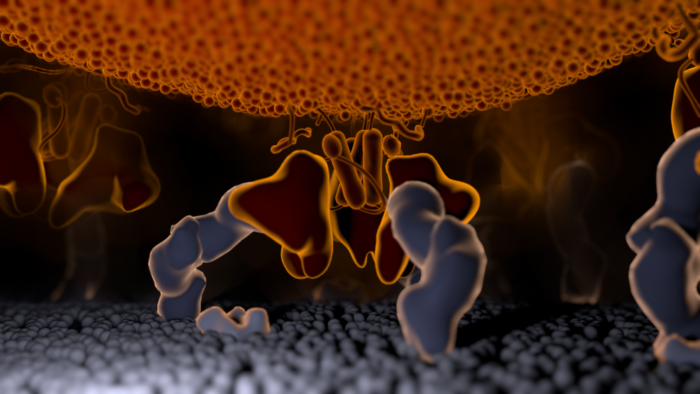 Human trials of more than 100 different AIDS vaccines have taken place since researchers proved in 1984 that HIV caused the disease. Robert Gallo, whose U.S. National Cancer Institute laboratory published the four landmark papers in Science that convinced the world of the link between this recently discovered retrovirus and the growing epidemic, has closely monitored—and often sharply critiqued—the AIDS vaccine search since it began. But Gallo, who now runs the Institute of Human Virology (IHV) in Baltimore, Maryland, has always been a spectator—until today.

Gallo’s team has been developing a vaccine with an unusual method of protection for 15 years and is now launching the first clinical trial of it in collaboration with Profectus BioSciences, a biotech that spun off from IHV recently. Known as a phase I study, the trial expects to enroll 60 people and will simply assess safety and immune responses of the “full-length single chain” vaccine. “It’s a terrible name,” says Gallo, who is not one to mince words.

The vaccine contains a version of HIV’s surface protein, gp120, engineered so that it links to a few portions of a protein called the CD4 receptor. When HIV infects cells, gp120 first binds to the CD4 receptor on white blood cells and then “transitions” in such a way that hidden parts of the virus are exposed, allowing it to bind to a second receptor on the immune cells called CCR5. Once bound to both receptors, HIV can enter the white blood cell and establish an infection. The IHV vaccine aims to generate antibodies that bind to HIV’s gp120 when it’s in this transitional state, ultimately blocking attachment to CCR5, aborting the infection process. The development of the vaccine is being led by IHV’s George Lewis, whose team includes Antonio DeVico and Timothy Fouts.

Gallo, 78, says it has taken a long time to move this vaccine into the clinic because he and his group have done extensive testing in monkeys, faced the typical vaccine challenges of manufacturing a human-grade product, and have had to scramble for funding. “Was anything a lack of courage?” asks Gallo, who frequently asks and answers his own questions. “Sure. We wanted more and more answers before going into people.”