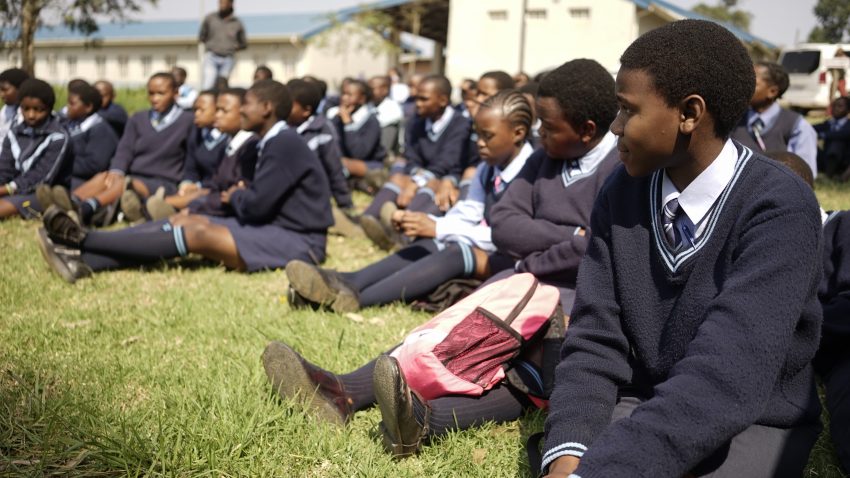 The makeup of a woman’s vaginal microbiome strongly influences her susceptibility to HIV infection, suggest studies presented in Durban, South Africa, today at the kickoff of the weeklong 21st International AIDS Conference. The microbiome can also explain why pre-exposure prophylaxis (PrEP)—giving anti-HIV drugs to prevent infection—works better in men than in women. These findings have particular relevance here in South Africa’s KwaZulu-Natal province, which has perplexingly high levels of HIV infection in teenage girls and young women.

At a press conference today, two related studies were described that researchers will report on Tuesday. “It’s a great story, and it’s a really important insight into why young women in Africa are getting infected at such high rates,” says Douglas Kwon, an immunologist at Massachusetts General Hospital in Boston who was not involved with the work but has studied the vaginal microbiome and HIV.

The new findings all come from follow-up studies of women who participated in a PrEP study of a vaginal gel that contained the anti-HIV drug tenofovir. Conducted by the Centre for the AIDS Programme of Research in South Africa (CAPRISA) based in Durban, the trial took place in a region where 66% of 30-year-old women are infected. The CAPRISA team made headlines in 2010 when it showed that the gel reduced a woman’s risk of infection by 44%. But encouraging as that result was, it also raised questions about why the gel wasn’t more effective—and it indeed failed in a subsequent trial.

The most provocative of the two new studies carefully analyzed the vaginal microflora in 119 women who were HIV negative at the trial’s start, and compared the 49 who became infected with the others. In a previous study of women in this trial, CAPRISA researchers and their collaborators at the University of Cape Town in South Africa reported last year that women who had increased genital tract inflammation were more likely to become infected. Monkey studies suggested a mechanism: Inflammation brings more of HIV’s favorite target, CD4 white blood cells, to the mucosal surface. And in a separate study of women in KwaZulu-Natal, Kwon and colleagues reported last year that inflammation in the vagina is linked to a decrease inLactobacillus, a species—famously found in yogurt—that creates an acidic environment inhospitable to many pathogens. As the researchers noted but could not explain, Lactobacillusdominated in the vaginas of only 37% of the women they studied, compared with 90% of white women in the United States.

Until now, however, no one had clearly linked specific vaginal microbiomes to an increased risk of HIV infection. “Now we have actual data,” says CAPRISA’s director, epidemiologist Salim Abdool Karim.

The data come from a massive effort to identify bacterial species on vaginal swabs from the women in the CAPRISA tenofovir gel study. Ian Lipkin’s lab at Columbia University, which specializes in finding rare pathogens, extracted some 25,000 sequences of bacterial ribosomal RNA from each swab and used the genomic data to identify a total of 1368 species.

One relatively rare species, Prevotella bivia, stood out as particularly harmful. Women whose vaginal microbiome included more than 1% of P. bivia had the highest levels of genital inflammation and the highest likelihood of becoming infected with HIV. These women had markedly reduced levels of Lactobacillus, and the researchers showed that P. bivia was associated with high levels of an inflammation-promoting compound called lipopolysaccharide (LPS). Earlier in vitro studies have shown that P. bivia growth leads to high levels of LPS, which make up the cell wall of the bacteria, and the LPS, in turn, stimulates production of inflammatory chemical messengers.

Women who had greater than 1% P. bivia were nearly 13 times more likely to become infected by HIV.

In the second study, of vaginal washings from 688 women in the same CAPRISA trial, Adam Burgener from the Public Health Agency of Canada in Winnipeg and Nichole Klatt of the University of Washington, Seattle, showed that the vaginal microbiome doesn’t just influence infection risk; it can also directly interfere with PrEP. In women whose microbiome contained less than 50% Lactobacilli, the tenofovir gel protected only 18% of the women who received it. The efficacy jumped to 61% when the proportion of Lactobacillus species was above 50%. And when the researchers mixed various bacteria with tenofovir in the lab, they found that drug levels remained high in the presence of Lactobacilli but dropped by half when mixed with a bacterium called Gardnerella, which flourishes when Lactobacilli are scarce. “Gardnerellagobbles it up,” Karim says.

Anthony Fauci, head of the U.S. National Institute of Allergy and Infectious Diseases in Bethesda, Maryland, says these findings open the possibility of manipulating the vaginal microbiome to help head off HIV infections in vulnerable young women. Antibiotics, for example, could knock back Gardnerella or Prevotella. Or introducing helpful bacteria—so-called probiotics—could “crowd out” the dangerous bacteria. “When I saw those data I thought if this pans out, it seems like a relatively low tech way to make an impact on whether you get infected or not,” Fauci says.

Kwon cautions that efforts to manipulate the microbiome to treat inflammatory diseases of the gut have had limited success. “We know from the gut that manipulating these communities is often extremely difficult,” he says. “There are a lot of host mechanisms to maintain those communities.”

But Fauci is more optimistic. The vaginal vault has far less susceptible tissue than the gut, he points out. “You’re talking inches rather than feet,” he says. “This is an interesting issue that needs to be pursued.”