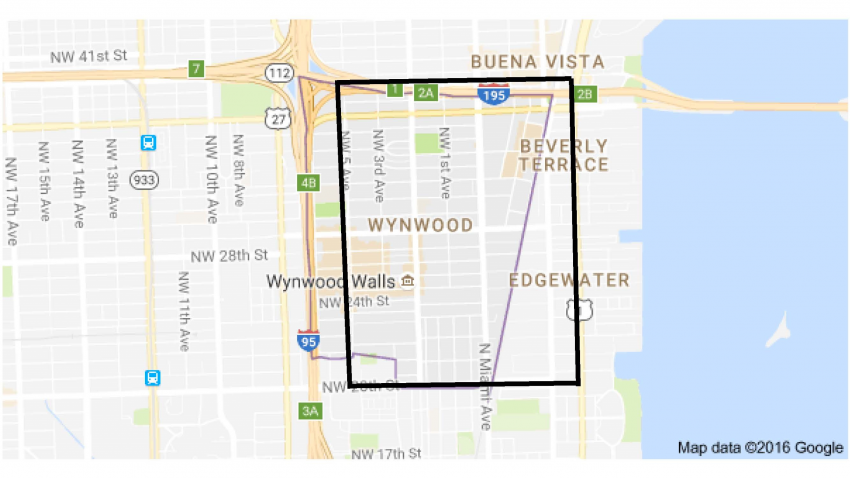 Mosquitoes likely transmitted Zika to people in this Miami neighborhood, according to the Florida health department. Florida Department of Health

It’s little surprise that the Florida Department of Health confirmed this morning that there’s a “high likelihood” that local transmission of Zika has occurred in the United States for the first time, says Anthony Fauci, head of the U.S. National Institute of Allergy and Infectious Diseases in Bethesda, Maryland. “I can tell you right here today I’m almost certain that we’re going to see more,” Fauci said this morning at an event held by the Bipartisan Policy Center in Washington, D.C. “The critical issue is how do you respond to that.”

The four cases appear to have been infected in early July just north of downtown Miami in an area of about 2.5 square kilometers, the Florida health department reported after doing intensive investigations to rule out the possibility that the patients were infected by traveling to affected countries or via sex with infected people.

The department released a map featuring a rectangle where transmission has likely occurred—an area whose boundaries are “NW 5th Avenue to the west, US 1 to the east, NW/NE 38th Street to the north and NW/NE 20th Street to the south,” the department says. At a press conference held by the U.S. Centers for Disease Control and Prevention (CDC) in Atlanta later in the day, CDC Director Tom Frieden explained that the area had high levels of the Aedes aegypti mosquito, a species known to spread the Zika virus, although no infected mosquitoes have yet been found.

The four infected live in both Miami-Dade and Broward counties, but Frieden noted that at least two worked in the area inside the rectangle. He went further than the Florida health department when asked about his level of certainty that these cases are truly local transmission. “We consider this and are proceeding as though it is confirmed local, mosquito-borne transmission,” he said.

Scientists had predicted that Zika would gain a foothold in Florida this year, based on the heavy volume of travel from Latin America and the presence of A. aegypti mosquitoes that can transmit the virus. There have already been nearly 400 cases of travel-related, or “imported” Zika in Florida, which increased the odds that a mosquito would bite an infected person and transmit it to others. Indeed, imported cases were increasing at such a fast clip that “I had to revise my slide twice a day,” Fauci said. (Another city that scientists say is likely to see local Zika transmission is Brownsville, Texas, which also has large populations of A. aegypti and a very busy border crossing with Mexico.)

Models suggest that the cases don’t forebode a big epidemic in the United States. Other viral diseases spread by the same mosquitoes—including dengue and chikungunya—that have caused massive epidemics south of the U.S. border have triggered only small outbreaks in the United States. Scientists cite a variety of factors for the marked difference, including lower mosquito densities and the fact that people spend more time inside. “Very aggressive mosquito abatement” in Florida and other states will also help make it “unlikely” that the continental United States would see a big epidemic, Fauci said. “That doesn’t mean we should relax and be cavalier,” he added. “We’ve got to be very aggressive about the things that you do to prevent mosquito transmission. You get rid of the mosquitoes, you get rid of their breeding place, and you have the population—particularly pregnant women if they’re living in that area—to protect themselves against mosquitoes.”

The four Zika cases in Miami have triggered far more attention than the cases of local dengue and chikungunya transmission, Fauci says. “Hardly anybody paid any attention to it,” he said. “I bet nobody even remembers reading major stories about dengue in Florida or chikungunya in Florida or Texas, but it happened.”

Frieden noted that blood banks in the affected area have started to screen for Zika virus infection. He stressed that pregnant women in particular should take precautions, including using insect repellant and long clothing.

So far, Congress has not heeded the White House’s call for emergency funding to respond to Zika. “If we had more resources we’d be able to mount a more robust response,” Frieden said. If new money does not surface soon, Fauci warned that human trials of Zika vaccines might be delayed. “I have moved a fair amount of money from other accounts to do what I think is a very proactive, full-court press on the research,” he said. “Nothing has substantially slowed—yet. I am preciously close to the point where I don’t have any money and things are going to start slowing.”