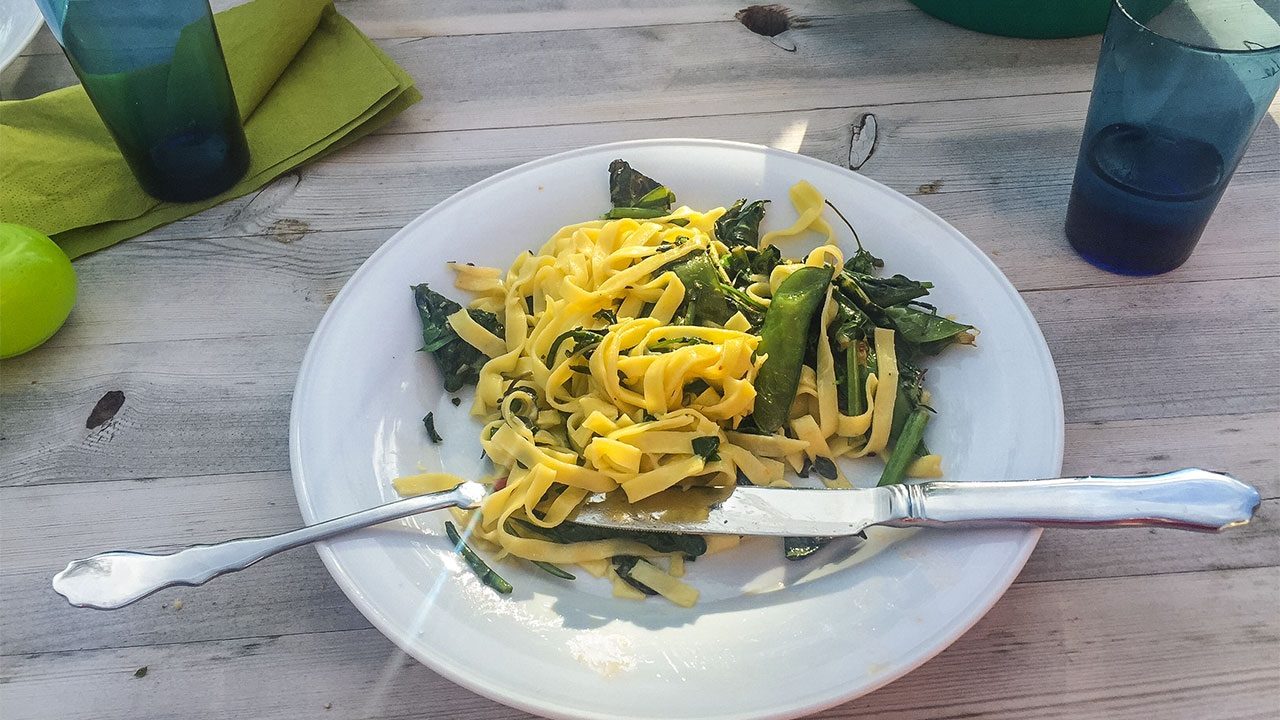 Did a Swedish researcher eat the first CRISPR meal ever served?

In what Swedish plant scientist Stefan Jansson declares “maybe” a historic event, he cultivated, grew, and ate a plant that had its genome edited with CRISPR-Cas9. Umeå University, where Jansson studies how trees know it’s autumn and how proteins allow plants to harvest light, released a 5 September press release about his meal, a pasta dish that included 300 grams of cabbage he grew from seeds that had been genetically modified with CRISPR-Cas9. The revolutionary technology vastly simplifies the editing of genes, and has triggered many debates about whether its plant products should be considered a genetically modified organism (GMO) and subject to regulation.

As noted by Science Daily and other media outlets, Jansson enjoyed the lunch with Gustaf Klarin, host of a Radio Sweden gardening show, which broadcast it earlier this week (in Swedish). “To our delight—and to some extent to my surprise—the meal turned out really nice,” Jannson wrote in a blog entry on 16 August, the actual day that history might have been made. “Both of us ate with great relish. Gustaf even thought the cabbage was the best tasting vegetable on the plate. And I agreed.”

Jansson’s lab did not create the seed, but he told ScienceInsider he received it from a colleague “in another country” who wants to remain unidentified. As Jansson notes, the European Union has yet to determine whether CRISPR-Cas9 modification that eliminates a gene should be classified as a GMO and thus illegal to grow. But he received approval from the Swedish Board of Agriculture to grow a similar CRISPR-Cas9 seed that his lab had engineered, which the authorities determined was not a GMO as long as it didn’t contain foreign DNA. Jansson told Science that because the plant they ate was by definition not a GMO, “we do of course not need to ask for a permit or even inform them.”

Jansson writes on his blog that he attempted to find out whether eating a CRISPR-edited plant was “a world première,” and no one he knew could think of a precedent.

In April, the U.S. Department of Agriculture told Yinong Yang of Pennsylvania State University, University Park, that his CRISPR-tweaked mushroom was not subject to its regulations. Yang told Science he has eaten mushrooms from his lab, but they may have been the unmodified controls in his CRISPR experiment and, anyway, mushrooms are fungi, not plants.

“In some countries, I wouldn’t be surprised if people kept it [eating CRISPR plants] a secret,” writes Jansson on his blog. “One thing is clear: it’s the first time ever this is done publicly (and legally).”