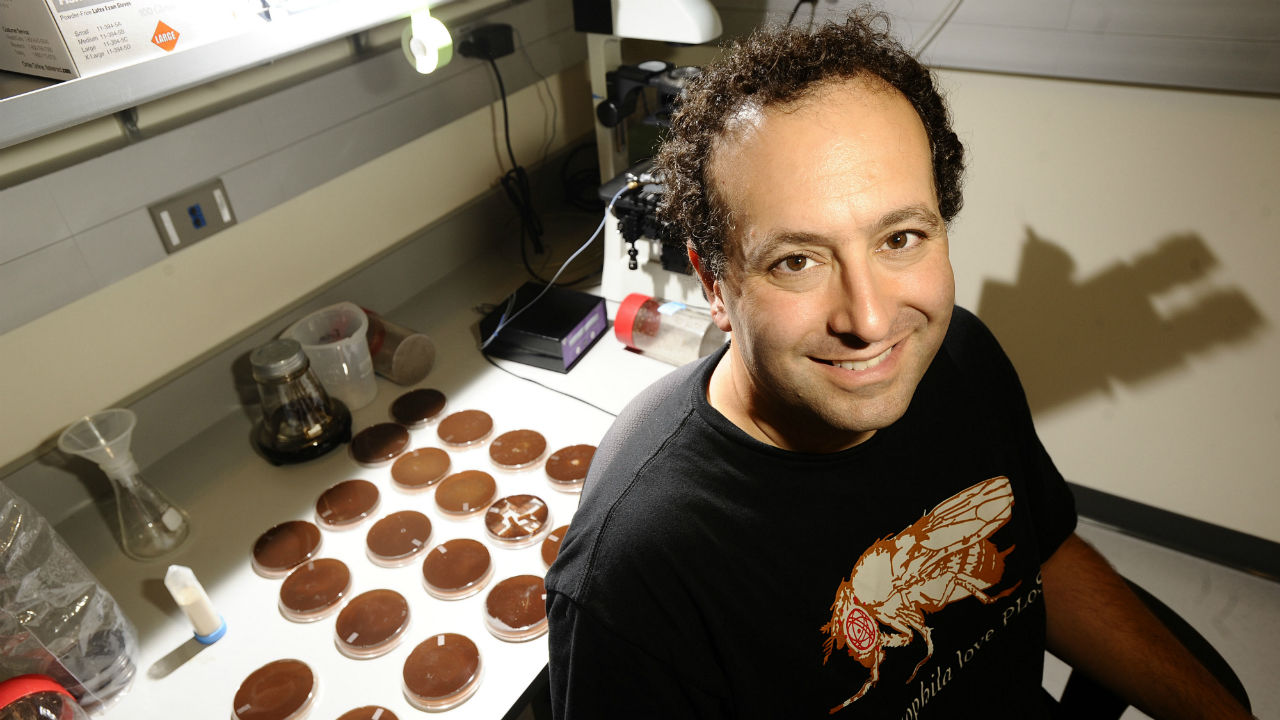 Q&A: Michael Eisen bids to be first fly biologist in the U.S. Senate

Michael Eisen—an evolutionary biologist who studies flies at the University of California, Berkeley, a co-founder of the pioneering open-access journal Public Library of Science, and a prolific Tweeter with more than 20,000 followers—is running for the United States Senate. On 25 January, he announced he intends to compete for the California Senate seat that has been held for a quarter-century by Dianne Feinstein (D), who has yet to announce whether she will run for re-election in 2018.

Eisen tells ScienceInsider that he’s one of a growing number of scientists who, in response to the election of President Donald Trump, have decided that their political activism has to rise above simply lobbying for more funding. “Too much of the scientific establishment looks at the government as a bank—that the primary thing we should worry about is can we get the right amount of money out of Congress,” he says. “Too few people focus on the fact that science needs to be a partnership with the public for it to thrive.”

Eisen has a long history of speaking out, sometimes colorfully, on scientific issues. In a December 2016 post on his blog, “it is NOT junk” (the title refers to stretches of DNA that regulate genes and once were thought to be worthless), Eisen urged then–President-elect Trump to replace Francis Collins, head of the U.S. National Institutes of Health (NIH), who he lambasted for favoring “big science.” He has called Eric Lander, head of the Broad Institute in Cambridge, Massachusetts, “an evil genius”; Eisen believes an essay Lander wrote in Cell overemphasized the role that Broad scientists played in inventing the genome-editing tool CRISPR. Eisen’s frequent tweets often sizzle. A new Twitter account, @SenatorPhD, is quickly amassing followers.

ScienceInsider spoke with Eisen about his run. The interview has been edited for brevity and clarity.

Q: Why are you running?

A: My motivation was simple. I’m worried that the basic and critical role of science in policymaking is under a bigger threat than at any point in my lifetime. We have a new administration and portions of Congress that don’t just reject science in a narrow sense, but they reject the fundamental idea that undergirds science: That we need to make observations about the world and make our decisions based on reality, not on what we want it to be. For years science has been under political threat, but this is the first time that the whole notion that science is important for our politics and our country has been under such an obvious threat.

Q: How certain are you that you’re going to run?

A: Literally I came to this conclusion on Wednesday. I’m not a politician. I’ve never played one on TV. I don’t know what this involves. But I’m very serious. I hope all scientists who feel they’re in a position to do so will look at the current state of things and realize we can’t just sit on the sidelines and hope someone else will fight these fights for us. We need to do it.

Q: What has been the response to your announcement that you plan to run?

Q: Will you run even if Dianne Feinstein runs?

A: Yeah. I’m not an insane person. I don’t think unseating Dianne Feinsten is likely. But I’m not doing this because I want to fight for [a] 4% increase in the NIH budget. It’s fighting for how we make decisions in the entire country. There’s maybe more of an opportunity to bring these issues to the forefront if Feinstein does run. If it’s an open seat, there are going to be a million very prominent people who start running.

Q: Last year, Senator Kamala Harris (D–CA) raised $15 million to win her seat. Can you do that?

A: I have no idea. I know nothing about political fundraising. But I do think there’s a tremendous number of people who have made tons of money in science and technology, and they believe in what it does for California and the country. The money is there for the right candidate to appeal to that sector. People in that world write $15 million checks for their weddings. What’s been missing is the right political message and the right candidate to appeal to what they really value most deeply: a government that really values the role of science and technology, not just in our economy but in our politics. There’s room for someone who comes from that community.

Q: Do you plan to run as a Democrat?

A: I’ve mostly voted as a Democrat, but I think I’ll probably run as an Independent. I think the relationship between science and the public is broken in many ways, and there are plenty of people on the left who reject science just as strongly as people on the right. I don’t think it’s a simple question of Democrats are pro-science and Republicans are antiscience. I’d struggle to win election in my home district in Berkeley. I believe we should embrace genetic engineering of plants and animals, and that’s not a popular view in my very left-wing district.

Q: Have you ever run for anything?

A: Student council in high school.

A: No. I also ran for a spot on the board of the Genetics Society of America, which I also did not win. I’ve had a long and testy relationship with the scientific establishment.