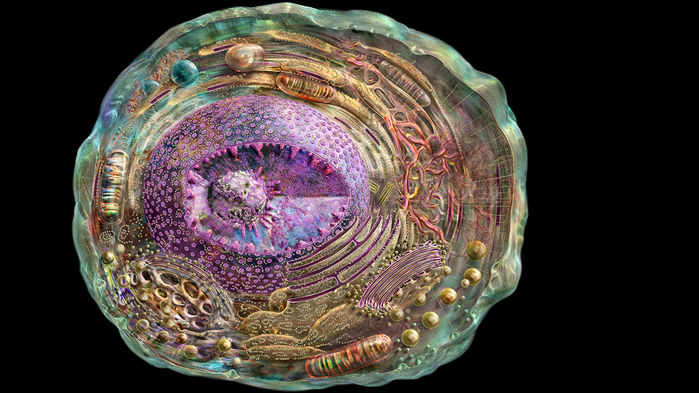 Airplane flight recorders and body cameras help investigators make sense of complicated events. Biologists studying cells have tried to build their own data recorders, for example by linking the activity of a gene of interest to one making a fluorescent protein. Their goal is to clarify processes such as the emergence of cancer, aging, environmental impacts, and embryonic development. A new cellular recorder that borrows from CRISPR, the revolutionary genome editing tool, now offers what could be a better taping device that captures data on DNA.

In Science online this week, chemist David Liu and postdoc Weixin Tang, both of Harvard University, unveil two forms of what they call a CRISPR-mediated analog multievent recording apparatus, or CAMERA. In proof-of-concept experiments, they show in both bacterial and human cells how this tool can record exposure to light, antibiotics, and viral infection or document internal molecular events. “The study highlights the really creative ways people are harnessing discoveries in CRISPR to build these synthetic pathways,” says Dave Savage, a protein engineer at the University of California, Berkeley.

Other investigators have created recording devices with CRISPR components, among them Timothy Lu of the Massachusetts Institute of Technology in Cambridge. But Lu notes that his system was limited to bacteria, and compared with CAMERA it required “an order of magnitude” more cells to reliably record signals and had a much poorer signal-to-noise ratio. The new work, he says, “is really beautiful stuff” and has “a level of efficiency and precision that goes beyond what we did earlier.” (Lu this week plans to release a preprint describing a system similar to one version of CAMERA.)

The original use of CRISPR was to target and cut double-stranded DNA. Cells naturally repair these cuts, but in the process, they can introduce random, or stochastic, errors to a target gene, disabling it. Several groups have used these random errors as markers—or barcodes—to track how cells “differentiate” from one state to another.

One form of CAMERA takes advantage of a peculiarity of bacteria: the circular “plasmids” of DNA that float in their cytoplasm, copying themselves but tightly regulating their population size. The researchers introduced two “recorder” plasmids, R1 and R2, that settle at a stable ratio. They then fashioned a separate plasmid with genes for CRISPR’s components—a “guide” RNA (gRNA) that targets a DNA sequence and the Cas9 enzyme that cuts the double helix. Those genes are designed to kick into action, making the components that target R1 for destruction, when the cell experiences a specific stimulus. In one test, they equipped bacteria with an antibiotic-activated CAMERA. By sequencing the plasmids and documenting how the R1:R2 ratio had changed, they could tell how long the cells had been exposed to the drug.Liu sought a cleaner readout. “We wanted to shy away from that stochastic mixture. It’s much harder to interpret your findings.” His team also aimed to record not just whether a cell experienced a stimulus, but how strong it was and how long it lasted. To better understand cancer, for example, Liu says, “We’d love to be able to see whether cells in certain states listen to or ignore signals to stop growing.”

A second CAMERA makes use of a modified Cas9 that doesn’t cut the double helix and is linked to an enzyme that chemically switches cytosine, one of four DNA bases, into another one, thymine. To record an event, the gRNA shuttles this so-called base editor to a “safe harbor” gene, whose DNA can be altered without harming the cell. Again, the researchers tailor the system to respond to specific signals. As a test, they stimulated human cells to activate the Wnt signaling pathway, which plays a role in the development of embryos and in cancer. CAMERA turned on in the presence of Wnt activity, inscribing a record of those signals in the safe harbor gene.​

CAMERA works in samples that contain as few as 10 cells, nearing the goal of recording the actions of a single cell. “If you’re doing the activity map of the brain, each cell is a different story,” notes Harvard geneticist George Church, whose own lab has developed CRISPR-based recording devices. “Ideally you’d have a nice single molecule ticker tape recording of a DNA sequence that you could read off and it tells you what was happening in each cell over the function of time.”

CAMERA has other potentially useful features, including the ability to erase its recorded information, with drugs that “reset” the plasmid ratio to their baseline, for example. CAMERA also can record several different signals at the same time or one after the other. But for CAMERA to prove its worth in the crowded biological recording field, researchers have to show that it can work when engineered into the cells of an animal—not simply in the cell line used in Liu’s Wnt experiment. “The real power is what’s going to happen next,” Savage says. “Right now, the killer app is still to come.”