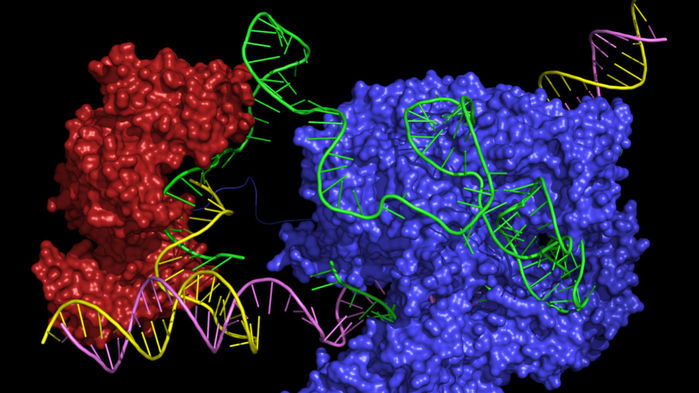 CRISPR, an extraordinarily powerful genome-editing tool invented in 2012, can still be clumsy. It sometimes changes genes it shouldn’t, and it edits by hacking through both strands of DNA’s double helix, leaving the cell to clean up the mess—shortcomings that limit its use in basic research and agriculture and pose safety risks in medicine. But a new entrant in the race to refine CRISPR promises to steer around some of its biggest faults. “It’s a huge step in the right direction,” chemist George Church, a CRISPR pioneer at Harvard University, says about the work, which appears online today in Nature.

Liu, his postdoc Andrew Anzalone, and co-workers tested variations of their prime editors on several human and mouse cells, performing more than 175 different edits. As a proof of principle, they created and then corrected the mutations that cause sickle cell anemia and Tay-Sachs disease, DNA aberrations that previous genome-editing systems either could not fix or only did so inefficiently. The edits occurred in a high percentage of cells and caused relatively few off-target changes. In its paper, the team claims the technology “in principle can correct about 89% of known pathogenic human genetic variants.”

Most CRISPR systems rely on a molecular complex that couples a guide RNA—which homes in on a specific location in the genome—with an enzyme, Cas9, that cuts both strands of DNA. During the cell’s efforts to reconnect the DNA, its repair machinery can introduce or delete nucleotides. Researchers can take advantage of the botched repair to knock out genes that, say, cause a disease. They can also hijack the inefficient repair process to add DNA—even an entire gene.

But double-stranded breaks are “genome vandalism,” Church says. As the cell attempts to repair the break it introduces insertions and deletions willy-nilly, sometimes creating unwanted—and even dangerous—mutations.

Liu’s earlier handwork, base editing, does not cut the double-stranded DNA but instead uses the CRISPR targeting apparatus to shuttle an additional enzyme to a desired sequence, where it converts a single nucleotide into another. Many genetic traits and diseases are caused by a single nucleotide change, so base editing offers a powerful alternative for biotechnology and medicine. But the method has limitations, and it, too, often introduces off-target mutations.

Prime editing steers around shortcomings of both techniques by heavily modifying the Cas9 protein and the guide RNA. The altered Cas9 only “nicks” a single strand of the double helix, instead of cutting both. The new guide, called a pegRNA, contains an RNA template for a new DNA sequence, to be added to the genome at the target location. That requires a second protein, attached to Cas9: a reverse transcriptase enzyme, which can make a new DNA strand from the RNA template and insert it at the nicked site.

Liu, who has already formed a company around the new technology, Prime Medicine, stresses that to gain a place in the editing toolkit, it will have to prove robust and useful in many labs. Delivering the large construct of RNA and enzymes into living cells will also be difficult, and no one has yet shown it can work in an animal model.

Fyodor Urnov, scientific director at the Innovative Genomics Institute in Berkeley, California, reviewed the paper for Nature and says it brought “one of those ‘yay, science!’ kind of moments.” Prime editing “well may become the way that disease-causing mutations are repaired,” he says. But, he adds, it’s too soon to be sure. The technique “just showed up this year.”