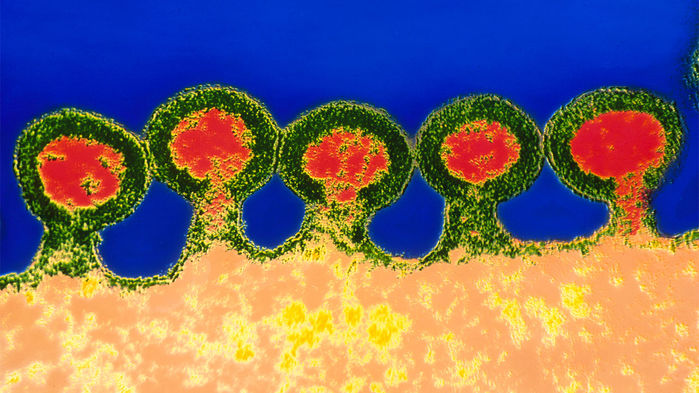 When Science published a monkey study nearly 2 years ago that showed an anti-inflammatory antibody effectively cured monkeys intentionally infected with the simian form of the AIDS virus, the dramatic results turned many heads. But some skeptical researchers thought the data looked too good to be true and predicted the intervention wouldn’t work on HIV in humans. They were right.

Anthony Fauci, head of the U.S. National Institute of Allergy and Infectious Diseases in Bethesda, Maryland, and a co-author of the Science paper, today reported the failure of a clinical trial that attempted to translate the remarkable monkey success to humans. “We did not see those dramatic results at all,” Fauci said at the International AIDS Conference in Amsterdam that is taking place this week.

In the monkey experiment, the animals infected with the simian immunodeficiency virus (SIV) were treated with antiretroviral (ARV) drugs that suppressed the pathogen, and then given repeated injections of an antibody that blocks a receptor called α4β7 found on immune cells. The researchers then stopped giving both the antibodies and ARVs, and the monkeys still completely controlled SIV for more than 9 months. The virus quickly came roaring back in control animals that had only received ARVs and then had that treatment halted. Some considered the antibody-treated monkeys cured, as they appeared capable of indefinitely controlling the small quantity of virus that persisted without any further interventions.

In the human study, Fauci and co-workers enrolled 18 people, all of whom were on ARVs and had undetectable levels of HIV in their blood for at least 2 years. Over 30 weeks, the participants received nine infusions of vedolizumab, a monoclonal antibody that binds to α4β7 and is on the market to treat Crohn disease and ulcerative colitis. (This was slightly different from the antibody the monkeys received.)

That cellular receptor is found on the surface of CD4 white cells, HIV’s favorite target. Fauci’s group had earlier shown in test tube experiments that white blood cells studded with both α4β7 and CD4 are far more susceptible than other cells to HIV infection. If people reacted like monkeys to the antibody treatment, once vedolizumab blocked α4β7, they could stop ARV drugs and the HIV that inevitably remained would start to copy itself, but would have difficulty infecting cells and creating new virions.

That wasn’t the case, Fauci explained. In all but two of the 18 people, HIV sprang back once they stopped ARVs. Moreover, a team of researchers not involved with the original monkey study attempted to repeat it in another set of the primates, and they reported at the meeting that their experiment had no success. The original monkey results, Fauci said, “might be a fluke.”

Kenneth Mayer, a prominent HIV/AIDS clinician who is the medical research director at the Fenway Institute in Boston, called the results “sobering.” And more sobering still, vedolizumab joins a long list of other potential HIV cure strategies that yielded exciting initial results, but, once put to a real-world test, went kaput.