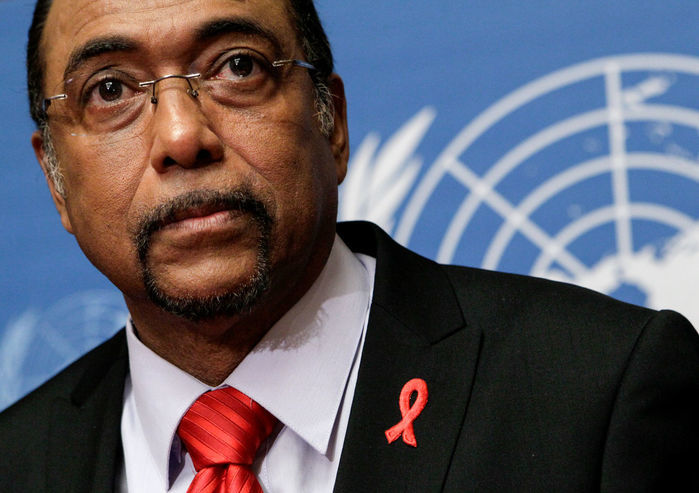 Despite scathing harassment report, UNAIDS board gives agency head a reprieve for now

A board that oversees the Joint United Nations Programme on HIV/AIDS (UNAIDS) in Geneva, Switzerland, the global command center in the fight against the infectious disease, has resisted calls to immediately recommend the firing of the agency’s executive director in the wake of a report that found UNAIDS rife with harassment, bullying, and abuses of power. The Programme Coordinating Board, which finished a meeting today that included discussions of the report, instead established a working group to further consider the allegations and criticisms. (The board itself cannot fire the UNAIDS head, but it can recommend the action to the United Nations.)

UNAIDS Executive Director Michel Sidibé, who initiated the review that ultimately called for his ouster, spoke at the board’s meeting and asked to stay on through June 2019 to oversee an “agenda for change” that his management team has drafted in response to the report. “We don’t have a moment to lose in moving forward our management response,” Sidibé said in a statement. “I look forward to an inclusive, transparent, and open dialogue and collaboration with staff in shaping a new UNAIDS.”

It’s too early to say, however, whether Sidibé’s job is safe until next summer. Sweden, UNAIDS’s second largest donor, announced earlier this week that it would freeze support for the agency until Sidibé leaves. Other donors—including the United States, the largest donor—have yet to take such a public stance.

In the long run, the future of UNAIDS itself may be in jeopardy, says Sten Vermund, who heads the Yale School of Public Health. The panel contends that UNAIDS’s problems stem from its unique position within the United Nations system, which has led to it being “governed in a way that has produced a vacuum of accountability.” Vermund suggests this could lead to soul searching about whether UNAIDS should continue to exist as a special agency. “Is UNAIDS serving the purpose for which it was formed, and could those functions be better subsumed in the [World Health Organization]?” he wonders. “Ultimately, you have to ask that question.”