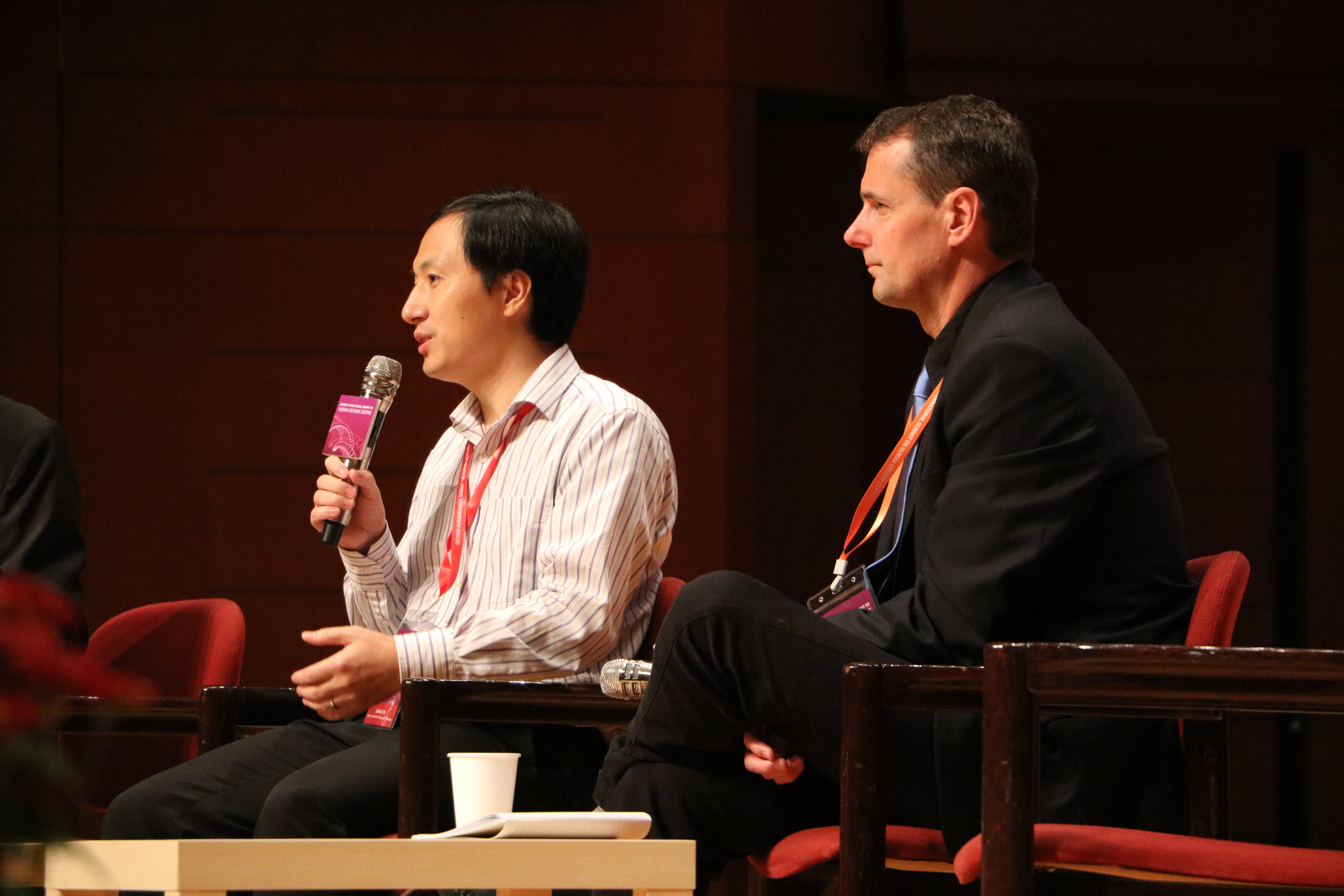 Four prominent Chinese bioethicists have published an unusually frank and critical assessment of their country’s handling of biomedical research in the wake of what they refer to as the “CRISPR babies’ scandal.”

Their commentary, published online today in Nature, calls for “an overhaul” in the way the biomedical experiments in China are regulated, monitored, and registered and for “severe” penalties for researchers who violate regulations. “China is at a crossroads,” write Ruipeng Lei of Huazhong University of Science and Technology in Wuhan, Xiaomei Zhai of Peking Union Medical College in Beijing, Wei Zhu of Fudan University in Shanghai, and Renzong Qiu of the Chinese Academy of Social Sciences in Beijing. “The government must make substantial changes to protect others from the potential effects of reckless human experimentation.”

The authors say a “soul searching” is now taking place in China because of the November 2018 revelation that He Jiankui, a biophysicist at the Southern University of Science and Technology in Shenzhen, China, had created the world’s first babies, twin girls, who had genes edited while they were embryos. He, who was subsequently fired from his job and has not spoken publicly since he described the germline editing experiment at a Hong Kong, China, meeting, used CRISPR—which cuts DNA—to cripple a cell surface protein that HIV uses to infect cells. The intent, he said, was to “genetically vaccinate” the girls so that they would not be susceptible to the virus.

In the Nature commentary, the authors criticize He for his secrecy and the country for creating an environment that encouraged him. “In our view, researchers in China are increasingly motivated by the promise of fame and fortune, rather than by a genuine desire for discovery,” they write. “And transferring devices or approaches to the clinic is not always backed by solid basic research. Moreover, researchers who can declare that they are the first to discover something, both in Asia and in the world, are disproportionately rewarded when it comes to peer review, hiring decisions and funding.”

Bioethicists outside China are impressed by the editorial. “I think it’s rather remarkable that they published this in such a prominent place,” says Alta Charo, a bioethicist at the University of Wisconsin in Madison who is on an expert committee convened by the World Health Organization to assess how to better regulate germline editing. Arthur Caplan, a bioethicist at New York University Langone Medical Center in New York City, said he “admired” the article and thought it was “courageous” for his Chinese colleagues to speak so bluntly. “They’re getting into things that haven’t been said by others in China, so that’s very good.”

The four authors contend that scientific research should be governed by the State Council, China’s cabinet, rather than the collection of government ministries that now do oversight, a system they say “is fragmented and hampered by staff incompetence or resistance.” They also urged their country to confront “the eugenic thinking that has persisted among a small proportion of Chinese scholars.”

As for He, who was strongly criticized in preliminary findings made public by a Chinese government-controlled news outlet in January from an investigation run by the Guangdong Health Commission (the province where he worked), the bioethicists suggest the government conduct a more extensive inquiry. They recommend that “a committee of internationally renowned experts in gene editing assess the data resulting from He’s work” and also offer a blueprint for monitoring the health of the twin girls for their entire lives.

Science corresponded by email with Qiu about the investigations surrounding He’s controversial experiment. This is an edited version of that exchange.

Q: Xinhua, China’s official news agency, described the initial He inquiry as a “preliminary investigation,” which suggests it was either not complete or that there was at least another investigation underway. Do you know?

A: Nothing suggests another investigation is underway. So, we suggest a further, more extensive inquiry is needed.

Q: In the United States, western European countries, Australia, and Japan, a misconduct investigation of a scientist almost always leads to a thorough report that is made public. There has been nothing issued by the Guangdong Health Commission―nothing more than a press release given only to Xinhua—and your commentary did not call for any future report to be made public. Do you think these reports should be made public?

Q: Have any of you been asked to help with any investigations of He?

A: Immediately after the news was broke, the National Health Commission asked Xiaomei Zhai to go to Shenzhen to investigate the case―along with some commission officials. Zhai couldn’t go because she had to attend the Hong Kong summit. There were two occasions where I was invited by government think tanks to provide advice on He’s case. I suggested the government should make thorough investigation―especially any involvement of government officials and He’s colleagues and collaborators (both in China and the U.S.), including personnel at the IVF [in vitro fertilization] clinics―because He could not be the only person responsible for the incident. It’s unclear if any government officials were involved in the He incident in any way. But He certainly had ties with some governmental officials as his work on third-generation genome sequencing was prominently featured in a state television channel.

Q: Your editorial calls for “rebooting” ethics governance. If any government officials or government-funded institutions supported or indicated approval of He’s germline editing in any way, are you confident that the Guangdong Health Commission’s investigation or any other investigation led by a government agency would transparently report this?

A: Sorry, I am afraid I am not in a position to answer this question. There has been no transparency regarding who the members of the investigation team are, which procedures they have followed, or what they have found. In general, I favor that the government puts together investigation teams that consist of independent experts. I don’t know if more investigation results will be disclosed, but I think the world deserves to know the truth. And I don’t think we can properly move on or prevent similar incidents from happening again until we know exactly what has happened.

I don’t believe the government per se is involved. I have some contact with deputy ministry of National Health Commission and some officials at its Department of Science and Education, and I think they are not only honest persons, but also hold the view like our bioethicists in compliance with international guidelines. In many cases, they accepted our suggestions on drafting or revising relevant regulations. However, I cannot exclude some governmental officials in some departments at different levels being involved in it.

Q: Do you think independence of the investigatory team is important? Is it possible in China?

A: For a bioethicist like me and many other scholars in China, that’s a given. Of course, the investigation should be both independent and transparent. I think it’s possible if China realizes the gravity of the matter. How China deals with it will determine the reputation and the future of the country and its scientific and bioethics communities.