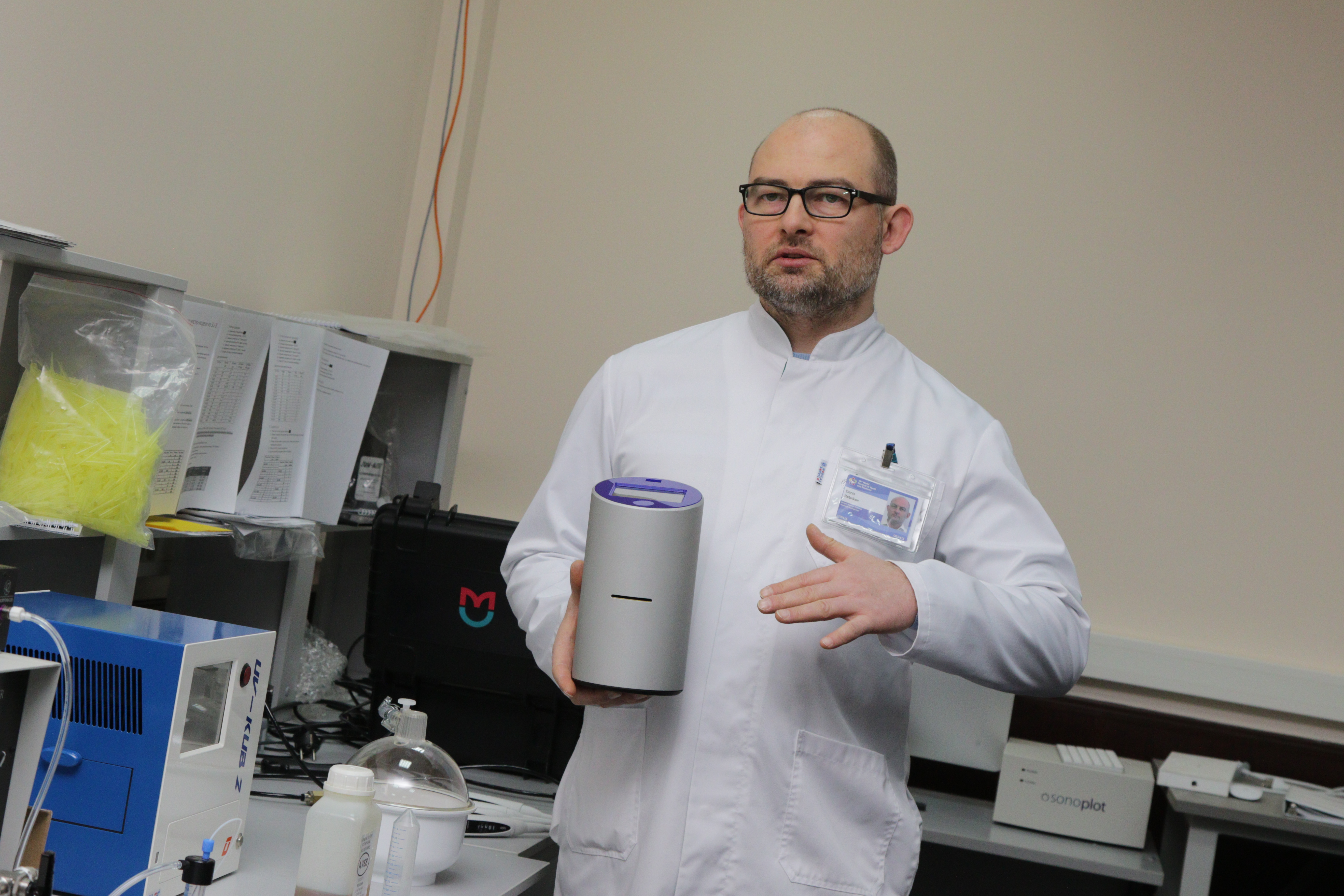 In a bold rejection of the widespread sentiment—and regulations in many countries—that no one should alter the genome of a human embryo and transfer it to a woman, Russian geneticist Denis Rebrikov last week went public with his plans to become the second researcher to cross this red line. “We can’t stop progress with words on paper,” Rebrikov told ScienceInsider yesterday, when asked about international efforts to ban such research.

Rebrikov, who is at the Kulakov National Medical Research Center of Obstetrics, Gynecology and Perinatology in Moscow, does not yet have Russian approval to do the experiment. But, as Naturefirst reported on 10 June, he would like to use the genome editor CRISPR to modify the CCR5 gene in embryos so they would be highly resistant to infection with HIV.

This is the strategy that Chinese researcher He Jiankui attempted in a widely condemnedexperiment that led to the birth of twin girls. Jiankui, who did not publicly discuss his trial until news stories revealed details of it in November 2018, triggered an international push to step up oversight of human embryo studies that create heritable, DNA changes. Concerns about this so-called “germline editing” have led some prominent scientists to call for a moratorium. An expert committee at the World Health Organization and, separately, an international commissionorganized by academies of sciences have been convened to wrestle with the thorny question about how to create a framework that will responsibly move germline editing from the lab to the clinic.

Rebrikov, whose lab is in a busy in vitro fertilization (IVF) clinic, does not plan to repeat He’s experiment—he thinks its design was flawed. In He’s study, the Chinese researcher selected couples seeking IVF in which the male partner was infected with HIV. Although this by itself does not pose much risk for an IVF baby—the virus can be washed from sperm before injecting it into an egg—He said he wanted to “genetically vaccinate” the children against future risk of infection with the AIDS virus so they would not suffer the stigma and discrimination faced by their HIV-infected fathers.

Rebrikov, in contrast, wants to find HIV-infected women who have had a “weak response to antiretroviral therapy,” as he explained in a paper he published last year in the Bulletin of Russian State Medical University (where he also works). The short paper describes his preclinical work using CRISPR and its Cas9 enzyme to modify CCR5 in nonviable human embryos.

Rebrikov spoke with ScienceInsider yesterday about his plans, addressing the scientific arguments against his CCR5 target and specifics about his ultimate aims and the prospect of his controversial experiment moving forward. This is a condensed version of the conversation that has been edited for clarity.

Q: In your paper, you cite two studies about pregnant, HIV-infected women who do not respond to antiretrovirals (ARVs). They’re both older studies with suboptimal drugs, and the women started treatment during pregnancy, which isn’t ideal. What current evidence is there that there are pregnant, infected women who fail all ARVs and transmit to their babies?

A: We have about one woman in 30,000 to 40,000 of HIV-positive women who has no response on ARV therapy. They’re like multidrug-resistant people. We use different therapies and they still have persistence of HIV in the blood with a relatively high level. Nobody knows why it is. So this young woman who wants to get pregnant, she has a high risk of vertical transmission of the virus to the embryo. That’s the target group.

Q: Russia has about 1 million infected people. That would mean you’re talking about 30 women in the country?

Q: Only a subset of those want to get pregnant. What’s more, there’s been a steady introduction of new ARVs, and the new integrase inhibitors have extremely little evidence of people having drug resistance. Given that, what’s the rationale?

A: CCR5 editing is just a proof of concept. If I can’t find an HIV-infected woman who doesn’t respond to ARV therapy and wants to be pregnant, I’ll look for different cases where both parents have a homozygous mutation for some genetic disease, like dwarfism, deafness, or blindness. We need models to start to use CRISPR embryo editing in clinical practice. I think we need several, 50, maybe 100 cases of using this technology, and after that we can we can try to use it more broadly. For example, we can see in a family that all babies will be born with a high risk of cancer. Now, when genome editing is just starting, it’s dangerous and not proven so we can’t use it with them. But in the near future, I think we can say to these parents, “Would you like to make some changes in the genome of your babies to reduce their risk of cancer?” And not only cancer, but different diseases like Alzheimer’s, Parkinson’s, and so on.

Q: But returning to HIV, even if a mother receives no treatment, transmission in utero or at birth only happens about 15% of the time. Cesarean section lowers the risk even further. You can also reduce risk by giving the newborn a liquid dose of an ARV. CRISPR, on the other hand, could alter the genome in the wrong place, causing a dangerous off-target mutation. Some studies suggest crippling CCR5 could make people more susceptible to other diseases like West Nile or even shorten life spans. How do you balance this risk versus benefit equation?

A: My experiment is concentrated on creating a system of genome editing that has no off-target activity. If we can convincingly show that there is no off-target activity in the genome, this system can be used in different types of genome editing. I have maybe a unique system, and maybe it’s possible only in Russia. I don’t know. Is it worth preventing some HIV transmission at the risk of decreasing longevity or putting people at risk of other diseases? It’s a philosophical question. Nobody knows the exact answer. It depends on a lot of factors.

Q: Another risk is that you can only test a small percentage of the edited cells from an embryo before you implant it. [Embryos are sometimes “mosaic,” with different mutations in different cells.] There could be off-target edits that you can’t detect.

A: Yes, the main problem is the mosaicism, because I can take only five, seven cells from the blastocyst’s 250 cells. So, we always have the risk that we check these five cells and find that everything is perfect, and then have problems in the other 200 cells.

Q: In the Nature article, you said you could get approval in a few months to a few years. How does the approval process in Russia work? And what are the laws and regulations regarding germline editing?

Q: Let’s say you find that HIV-infected woman who wasn’t responding to any ARVs, wanted to get pregnant, and was willing to do this. How long will the approval process take?

A: Maybe a couple of months.

Q: Have you discussed it with regulators?

A: We’ve just started to discuss it, and they say that if it will be a good clinical case, we can we can discuss it further.

Q: In the United States, and in many other countries, there are actually laws that prohibit germline editing. Is there any such law in Russia?

A: As far as I know, we don’t have direct restriction of such type of experiments, but usually Russia agrees with international rules. I know that transmission of germline-edited embryos into women is prohibited in most countries in Europe. In Russian law, we don’t have such language.

Q: So you might face international regulations that prohibit you from doing what you want to do?

Q: Two international committees are now discussing how to move forward with germline editing, and we also know the reaction to what He Jiankui did. If Russia went forward right now with this experiment, would those international considerations come into play?

A: I don’t think it’s possible to restrict some experiments worldwide. You can try to restrict it in some areas, researchers can go to islands in the Pacific Ocean if they want to do it. We can’t stop progress with words on paper. So even if we say, let’s not do the nuclear physics, because it can make a bomb, a lot of scientists will still do this. We can’t stop it. A lot of groups will try to do experiments with embryos to transfer to women, and maybe it won’t be in my group, but we will see in the next years that they will have some results, and they will publish it. That’s maybe the problem for humans on the planet, that we cannot stop the progress.

A: My lab is inside one of the biggest Russian obstetrics and gynecology center and we have about 10,000 IVF cycles per year.

Q: What do you think of the harsh reaction to what He did?

A: That’s a normal reaction of human population and all life systems, not only humans—maybe birds. Any life system, 90% of a population is very conservative. That’s normal. And maybe 5% is progressive. We just need to wait some time, maybe some years. And we need very good clinical cases to show people that this instrumentation is powerful, but it’s safe and has good results.

Q: Do you think He has been treated too harshly?

A: In Russia we have a phrase that if you have success, you are right. So if he is a lucky guy and these girls will be OK, in some years he will again be seen as a good researcher.

Q: What was your reaction when you first learned what he did?

A: It was positive. Actually, I don’t want to be the first. I want to transfer this technology in practice, and his experiment makes it closer to practice.

Q: Do you expect that if you, too, go forward you will be intensely criticized?

A: In Russia I think not so much. Internationally? I don’t want to move forward until I have approval from ethical committees and regulators, and I think it will not be as crazy as his steps.

Q: Has anything happened since the Nature story appeared? Has any government official called you and said, “Stop this, don’t talk about this?”

A: No. Russia now, I think, is a good country to do this type of experiments. It’s not very free in politics, but it’s very free in science.

Q: What do you think of germline editing that’s not for disease, but for enhancement of things like running speed, IQ, or eye color?

A: It will be the next step. But in 20 to 30 years. Now, I’m opposed to it. In 2040, I’ll support it. I’m not against the idea itself. And these people who are opposed want to have all these things in their children but only by “divine providence,” not by science. They are liars or stupid.