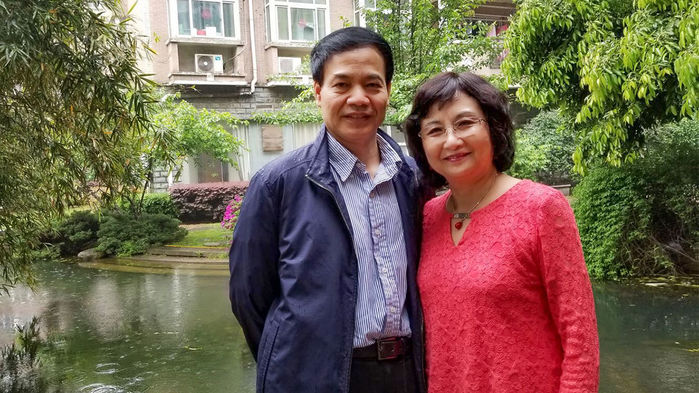 A researcher terminated by Emory University in Atlanta for allegedly not disclosing funding and ties to institutions in China is forcefully disputing the charges. And neuroscientist Li Xiao-Jiang says the university dismissed him and neuroscientist Li Shihua, his wife and lab co-leader, “simultaneously without any notice or opportunity for us to respond to unverified accusations.”

The two researchers, known for their studies of Huntington disease in mouse and pig models, are both U.S. citizens and have worked at Emory for 23 years. Li Xiao-Jiang says he was traveling in China on 16 May when both researchers were informed they had been terminated. The university has also closed their joint laboratory, which is part of the medical school, and their websites are no longer accessible. Four postdoctoral students working in the lab, who are Chinese nationals, have been told to leave the United States within 30 days, he told ScienceInsider today. None, he says, was given reasons for their terminations.

“I was shocked that Emory University would terminate a tenured professor in such an unusual and abrupt fashion and close our combined lab consisting of a number of graduates and postdoctoral trainees without giving me specific details for the reasons behind my termination,” he said in a statement.

Emory has said its action came after an internal investigation prompted by a letter from the National Institutes of Health (NIH) in Bethesda, Maryland. For at least the past 8 months, NIH has been contacting U.S. universities with concerns about whether specific grantees have adhered to agency rules regarding the disclosure of foreign funding and affiliations. Earlier this year, NIH told Congress that it had identified at least 190 NIH grantees with potentially problematic foreign relationships and that at least 55 institutions have begun investigations as a result of its inquiries.

Li Xiao-Jiang disputed Emory’s claim, made in a university statement yesterday, that the two researchers “had failed to fully disclose foreign sources of research funding and the extent of their work for research institutions and universities in China.” (Papers they have published in many high-profile journals, as well as biographical information posted online, have disclosed funding and affiliations with Chinese institutions.)

An Emory spokesperson told ScienceInsider today that it would not provide any more information other than what is in its statement.

“I have disclosed my Chinese research activity to Emory University each year since 2012,” Li Xiao-Jiang said. “I have provided documents requested by Emory University during the investigation of my research activity in China since early November 2018.” He also stated that he has not received “any copy of investigation that was sent to NIH by Emory, though I have requested Emory to give it to me.”

Li Xiao-Jiang declined to provide more specific information about the charges against him and his wife. But he said the termination came after Emory officials recently inspected material in his university email account. “I do not know what triggered Emory University’s examination of my emails in May 2019, which led to terminating my wife Dr. Shihua Li and me simultaneously without any notice or opportunity for us to respond to unverified accusations,” he stated. But he believes Emory’s action is related to “unverified information” in those emails, including unsigned or incomplete contracts, grant proposals, draft patents, and discussions about establishing biotechnology companies.

Li Xiao-Jiang said he is concerned about his lab workers, especially one who is pregnant and due to give birth in the next few weeks. He is also worried about the fate of his lab’s 500 cages of research mice, which include many unique models that his group created with NIH funding. The Lis currently have six NIH grants.

On 17 March, the Lis and seven other Emory faculty members of Chinese origin wrote a letter to Emory President Claire Sterk applauding “the courage and commitment” of the president of the University of California, Berkeley, and the provost of Stanford University for publicly reaffirming their support “for all faculty regardless of country of origin, and international collaborations despite the current polarized political climate.”

The researchers noted that “disturbing views and activities” at those schools “also exist on the Emory campus, which negatively derides Emory faculty members and international visitors, especially those of Chinese origin.” They asked Sterk to similarly support them. “[W]e feel that a statement is urgently needed to recognize the contributions of Emory’s diverse global community, and the enumerable benefit to science, research and education locally and globally.”

Sterk’s chief of staff, Daniel Gordon, replied 2 days later, saying that “a statement is already in the works,” which the university planned to issue “in the near future.” (No statement has yet been issued.) Gordon concluded: “Thank you for your thoughtful email, and for being such an important part of the Emory Family.”