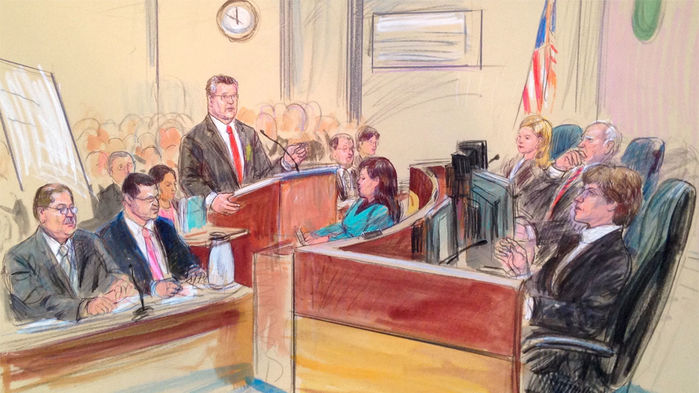 The high-profile patent fight over who invented a key feature of the genome editor CRISPR has been resurrected. The 3-year-old battle, which a U.S. appeals court appeared to have put to rest in September 2018, pits parties represented by the University of California (UC) against the Broad Institute of Cambridge, Massachusetts. It revolves around the use of CRISPR, originally derived from a DNA-cutting system used by bacteria, in the more complex cells of eukaryotes, which includes humans, making the contested patents key to the potentially lucrative development of novel medicines. After the U.S. Patent and Trademark Office awarded the Broad Institute several patents for the invention of CRISPR in eukaryotes, UC requested what’s known as an interference based on its own submitted patent. The Patent Trial and Appeal Board (PTAB) ruled against UC in February 2017, and the U.S. Court of Appeals for the Federal Circuit denied UC’s appeal 1 year later.

Now, based on new claims—the parts of a patent that dive into the specifics—by UC in April 2018, PTAB has ruled there is a potential interference that needs to be examined. Eldora Ellison, a lead attorney for the UC team who works at Sterne, Kessler, Goldstein & Fox in Washington, D.C., says PTAB ruled in 2017 there was no interference because the UC patent involved far-reaching claims of the CRISPR invention for many systems and the Broad Institute focused only on eukaryotes “What they said is, ‘We’re actually not going to have a fight at this point in time, because we think that these are two different inventions,’” Ellison says. “They kind of kicked the can down the road on who was first to invent the use of CRISPR in eukaryotes.”

But UC’s new focused claims led PTAB to declare an interference on 24 June.

The UC team, which represents Jennifer Doudna from UC Berkeley and her collaborators, first published the use of CRISPR as a genome-editing tool in June 2012, but it did not demonstrate that it worked in eukaryotic cells. Broad’s team, led by Feng Zhang, published a paper that described its success in eukaryotes in January 2013. (Both papers were published in Science.) In the earlier rounds, UC and Broad squared off over the question of whether it was “obvious” after the Doudna group published its 2012 paper that CRISPR would work in eukaryotes and that researchers skilled in the art would have a “reasonable expectation of success” if they tried their hands at the experiment. “The Broad likes to act like the earlier decision was some kind of a ruling about the sufficiency of UC’s patent applications disclosure. And that’s not the case. It’s just a comparison of the claims,” Ellison says.

The Broad Institute, unsurprisingly, does not see eye to eye with this interpretation. In a statement, it says PTAB’s new interference “challenges the validity of [UC’s] eukaryotic claims.” The Broad group has been deemed the “senior party,” the statement notes, which means UC “carries the burden of proof” and must convince PTAB that the Broad team did not invent the eukaryotic use of CRISPR.

“We welcome this action by the PTAB,” the statement says. “Broad Institute looks forward to participating in the interference process.”

Catherine Coombes, a patent attorney at HGF in York, U.K., who does not represent Broad or UC but is involved in CRISPR patents, says the new interference “adds to the complexity of the landscape.” The European Patent Office has granted “overlapping rights” to both groups and others who have filed CRISPR patent applications, anticipating that legal fights will occur later. “For human therapeutics, it is still too early to know where the key patents will lie,” Coombes says, noting that different enzymes used in various CRISPR systems ultimately may make one invention safer or more effective than another.

Ultimately, the patent uncertainty created by the new interference declaration may prod UC and Broad to cut a deal. “Given the complexity of the landscape, and as the thicketing of the landscape continues, the desire to get some form of collaboration for licensing only enhances for third parties,” Coombes says. Broad says it long has hoped UC would enter a “patent pool” to resolve the dispute, which effectively would allow both parties to earn money from their inventions without becoming ensnarled in legal wrangling with each other. Ellison would not say whether the interference would increase pressure on UC and the Broad Institute to arrive at this type of settlement but called it a “great question.”

The parties will first discuss the interference on 5 August in a conference call with PTAB. If the parties do not reach a settlement, the hearing is expected in about 8 months.