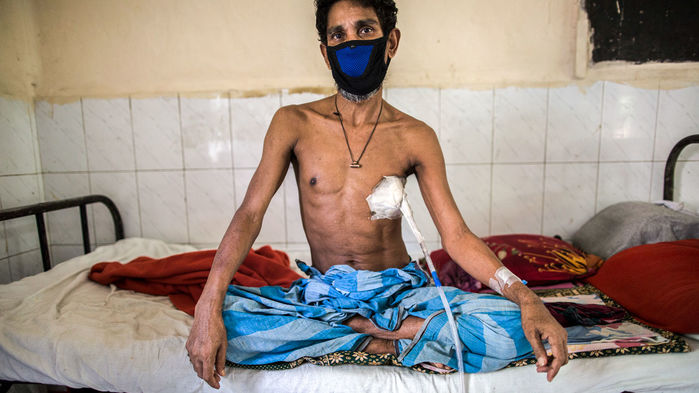 A powerful tuberculosis drug gets a deep price cut

A 66% price slash of a little used but powerful drug that prevents tuberculosis (TB) could help stave off the deadly lung disease in millions of people around the world.

Sanofi, a pharmaceutical company based in Paris, announced today it will sell the drug rifapentine at the steeply discounted price. The full course of preventive treatment with the drug will drop from $45 to $15. “This is a huge step forward,” says Gavin Churchyard, CEO of the Aurum Institute in Johannesburg, South Africa, a nonprofit that does TB and HIV care and research in several sub-Saharan African countries. “It’s such a momentous change.”

The World Health Organization estimates that about 25% of the people in the world are infected with Mycobacterium tuberculosis, and although most will never transmit the bacteria or fall ill because of the infection, up to 15% will progress from “latent” to “active” disease. People with latent M. tuberculosis infections who are coinfected with HIV are more than 20 times as likely to develop TB. TB accounts for 1.5 million deaths globally each year, more than any other infectious disease; it is the No. 1 cause of death in South Africa, which is home to nearly 20% of the world’s 38 million HIV-infected people.

Standard TB preventive treatment requires taking isoniazid every day for 6 months to 3 years. But several studies have shown that isoniazid combined with rifapentine prevents TB if the pills are taken once a week for 12 weeks. (The isoniazid component of this regimen costs less than $1.) Sanofi agreed to cut the price of rifapentine for 100 countries in a deal with two global health initiatives that help low- and middle-income countries, Unitaid and the Global Fund to Fight AIDS, Tuberculosis and Malaria. The announcement was made today at the 50th Union World Conference on Lung Health in Hyderabad, India.

A coalition of community organizations and civil society groups issued a statement that said “we applaud” Unitaid and the Global Fund for negotiating the discount, but warned that Sanofi has not sought registration of the drug in several countries that need it most, creating hurdles for its delivery. The statement also notes that “global demand for rifapentine could quickly outpace” what Sanofi can produce.

Churchyard says, “Supply will be a challenge,” but he notes that generic drugmakers also hope to receive approval to sell rifapentine, which is off patent, as soon as the end of 2020.